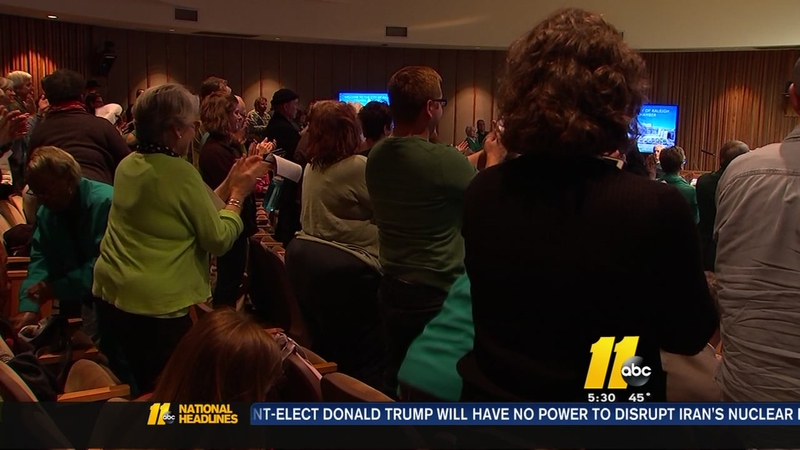 RALEIGH (WTVD) -- The Raleigh City Council got a standing ovation inside a packed chamber Tuesday afternoon when members voted unanimously to move the Oak City Outreach Center to a larger facility in downtown Raleigh.

The Oak City Outreach Center was formed in June 2014 as a partnership between the city, county, and local charities after police began enforcing an old policy that prevented people from handing out in Moore Square.

Workers have provided more than 190,000 meals to the homeless at a temporary location on Person Street.

"We've definitely outgrown the space and used it to its fullest capacity," said Shana Overdorf, Exec. Dir. of Partnership to Prevent and End Homelessness.

Supporters say the new multi-services center, which will offer everything from laundry facilities to counseling, will be critical for ending homelessness in Wake County more efficiently.

Fenton Jolly knows what it's like to be without permanent housing.

After finding support services at non-profit Love Wins Ministries three years ago, he said the new facility is the solution many of his homeless friends are still looking for.

The new center will be able to provide services to 75-100 people per day.

Overdorf calls it a turning point for the city in its fight to end homelessness.

"I think people believe that we'll bring homelessness into a community, but the reality is homelessness is already here in Raleigh and Wake County," she said.

County commissioners are set to vote on the project next month.

It could be another year and a half before the space opens to the public.