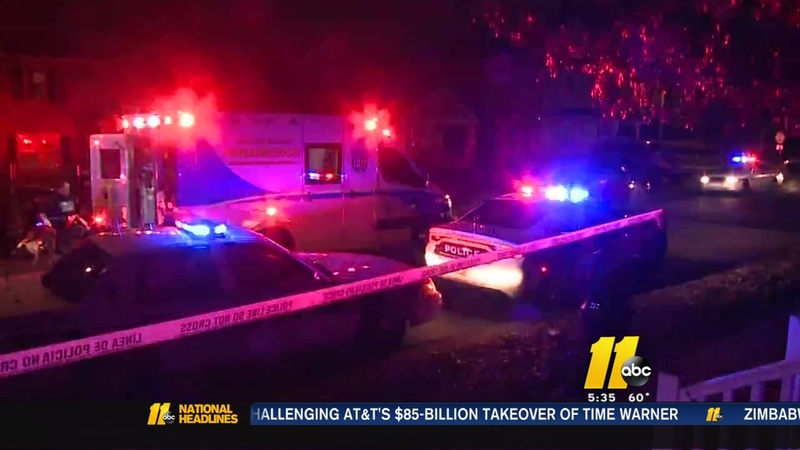 DURHAM, North Carolina (WTVD) -- The Durham Police Department said it's seen a decrease in homicides in 2017, with 24 reported compared to 34 around the same time in 2016.

According to Davis, the figures are at a three-year-low for the city.

"I just want to thank you for all that you're doing," Councilwoman Cora Cole-McFadden said to Davis following the presentation. "As I move about the community, all that I hear from law-abiding citizens are all good comments about the strides the police department are making."

During her presentation, Davis did not attribute the decrease in year-over-year homicides to anything in particular. However, she did thank community leaders, including faith groups, for their help so far this year.

The police department will soon be placing a community engagement center with the Durham Housing Authority in the McDougald Terrace neighborhood.

"I do think it's important to note to the public, that the people in (McDougald Terrace) actually came to the work sessions to ask you to enhance the presence of the police," said Cole-McFadden. "So I don't want people to think that we just pushed law enforcement there. They came and asked because they wanted it to happen."

According to the Durham Police Department Crime Abatement report available on the department's website, the yearly homicide totals dating back to 2012 are as follows:

ABC11 reached out to the Durham Police Department for additional comment. We have yet to receive a response.

ABC11 has decided to slowly reduce the number of stories on the website that have a comments section. We believe very strongly that our audience should have an opportunity to discuss and debate events in our world, however, we have not been able to moderate the comments as well as we would like. Instead of hosting a platform that could allow a few loud and ugly voices to dominate a conversation, we want to encourage everyone to join us on our social media platforms and speak out there. Facebook: facebook.com/ABC11 Twitter: twitter.com/ABC11_WTVD
Report a correction or typo
Related topics:
durhamdurham policehomicidenorth carolina news
Copyright © 2022 WTVD-TV. All Rights Reserved.
NORTH CAROLINA NEWS
Andrew Brown's family to receive $3M settlement from sheriff's office
'Thrilled to death': Princeton man wins Cash 5 jackpot
Cha Ching! Grocery store employee wins big on day off
Raleigh Irish dance academy wins big at world championships
TOP STORIES
Johnston Co. commissioner charged with sex crime involving child
NC Democrats respond to Roe v Wade decision
Justice Stephen Breyer announces when he will leave Supreme Court
NC abortion legal battle looms amid standoff between AG and GOP
FTC sues Walmart over scammers' use of money transfer services
Workers fired for not joining company's daily Christian prayer: EEOC
NC GOP unveils state budget; House backs Medicaid expansion path
Show More
JoJo Siwa joins 'High School Musical: The Musical: The Series'
Some pharmacies limiting Plan B pill purchases as demand spikes
ESSENCE Festival of Culture 2022: What to expect this year
Trans Chorus of Los Angeles celebrates 7th musical anniversary
FDA advisers recommend updated COVID booster shots for fall
More TOP STORIES News