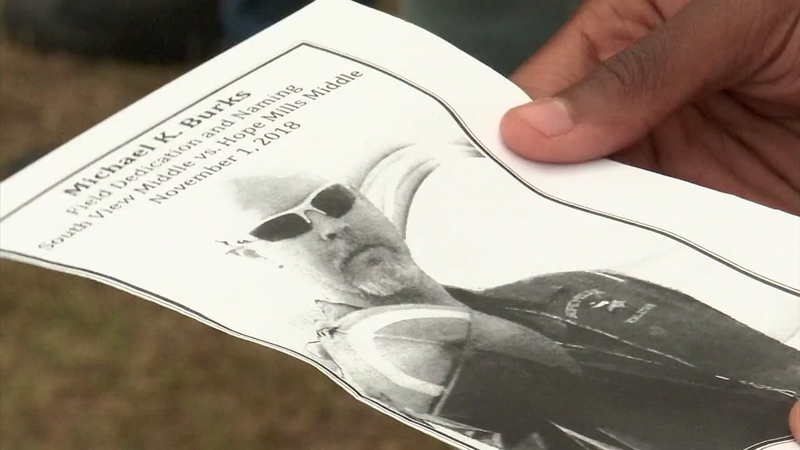 It's the same field Michael Burks coached football on for many years and two years after his death, his memory lives on.

One of Coach Michael Burks students reflect on life without him. Tonight at 10/11 you’ll hear how Hope Mills Middle School is keeping his memory alive. #abc11 pic.twitter.com/yeHLqSxxKM

The initials MKB are now painted in Viking colors near the field itself and a dedication sign flies under the scoreboard.

"It means a lot. Being here and thinking about what it meant for me and the many others on behalf of his name. It's awesome. He put a lot of time into a lot of knucklehead students like myself," said former football player Timmy McCall. "I was unable to make it to his funeral and figured, I could at least come out to the memorial as they name the field after him."

During halftime, former staffers announced the field's new name. As football players, spectators, former students and family of Michael Burks looked on, the impact he left on so many was apparent.