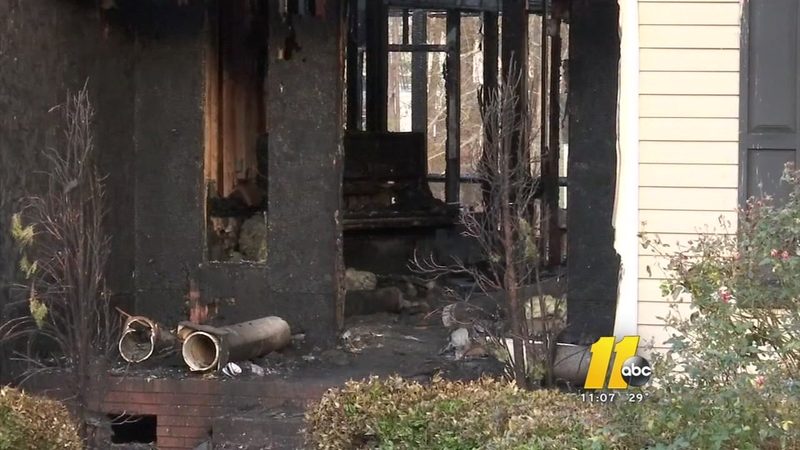 Officials said the fire started just after 10:15 Sunday evening in the 100 block of Supreme Drive.

Sarah Beddingfield, 68, was found dead inside of the residence.

Authorities said four people were inside of the home at the time - two people suffered burns, one of whom was taken to UNC Hospital for treatment.

The house is considered a total loss.

Coats said an official cause of the fire won't be released until Wednesday.

Campbell University and the community is rallying behind the Beddingfield family. The University is allowing the family to stay at one of its missionary houses on campus as long as it needs to.

The board of deacons at Memorial Baptist Church has approved an emergency fund through the church where people can donate to help the family replace everything lost in the fire.

Donations can be sent to the church at: