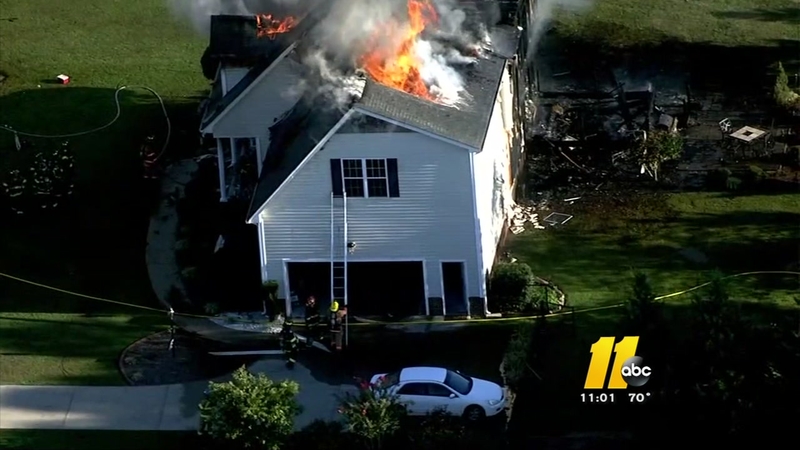 It happened Monday in the 7800 block of Cortona Way.

Chopper 11 HD was on the scene earlier Monday and massive flames could be seen shooting out of the home's roof.

Wendell Fire Chief says crews will be out here all the night, says home is a complete loss: https://t.co/jVyJwh4ZPS pic.twitter.com/zw57kwvfzH

"Lot of flames shooting up the back corner, both floors fully involved," Staples said. 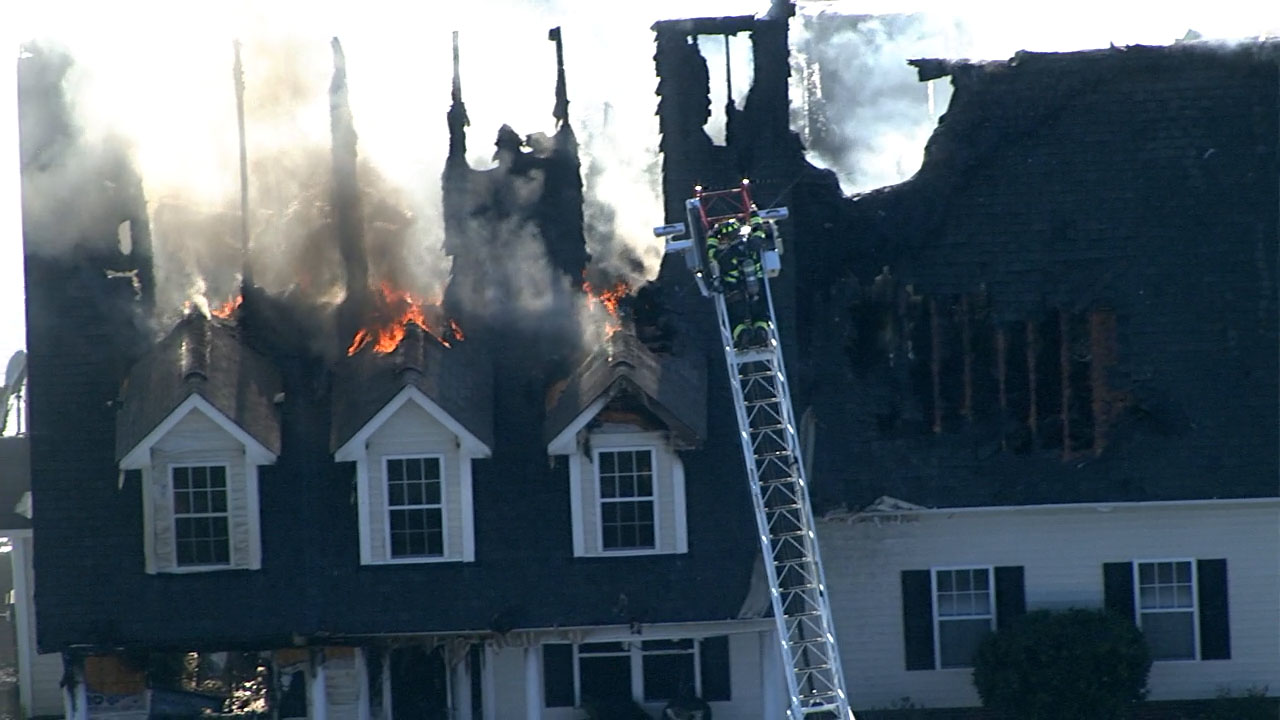 The fire started in the back of the house in the deck area and quickly went up that part of the house, taking over both floors.

Staples said the call came in about 5 p.m.

"There's no hydrants in this area, we had five tankers, we set up a water point to the next closest hydrant which is on Turnipseed Road and we were trucking in water, filling a 2,000 gallon tank," Staples said.

No one was home when the fire broke out.

A neighbor was able to go into the house and rescue the family dog before firefighters arrived.

"I was watching TV and I heard, it was just like boom, it was a pow, I went outside and the smoke was dark," said Endia Brewer.

A battalion chief with the Wendell Fire Department said the cause of the fire hasn't been determined, but it appears to be accidental.

"Once the roof started collapsing we pulled the firefighters out for their safety," Staples said, "hit it from the outside, used the ladder truck to knock down the brunt of the fire and then went back in with hand lines."

Twelve units were on the scene, including fire departments from Archer Lodge, Eastern Wake, New Hope, Wendell and Zebulon.