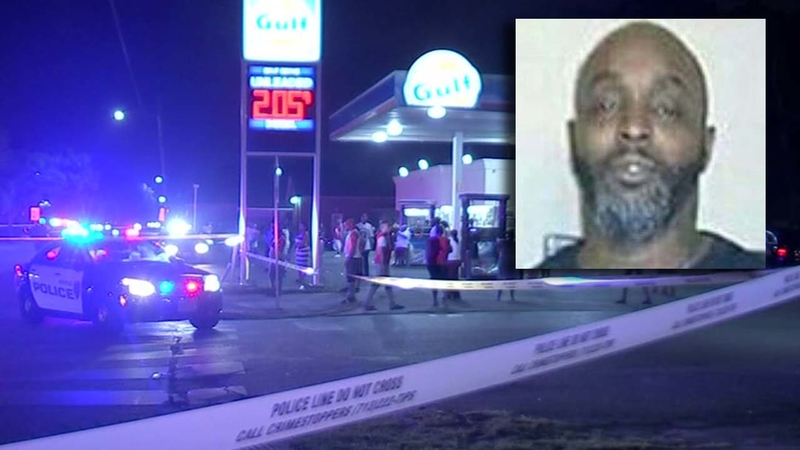 Police says the officers involved were wearing body cameras and they each fired multiple shots.

Immediately after, HPD says, officers fired numerous shots at the man. He died at the scene.

A woman who says she's the man's wife identified him as Alva Braziel.

One of the officers is a 10-year veteran of the force, the other is with the force for 13 years. As part of the routine following any officer-involved shooting, the officers will be investigated by internal affairs, along with Harris County.

A bystander, Eric Puckett, tells our sister station, KTRK, it was a black man that died. He says black men in this area are targeted. Puckett said, "It's like we got a target on our back even if we innocent, it hurts. You don't even want to walk outside your house no more. But to all the young black men and young black women out there, all black people do something positive."

A nearby gas station captured the scene and police say the video will confirm what happened, along with witness testimony.

Police continue to investigate at the scene where a large crowd has gathered. We saw shell casings and the revolver among the evidence markers.

We talked to the area's city council member who says these issues need to be addressed in the community.

Dwight Boykins tells KTRK, "The biggest gorilla in the room is very clear. We need to put officers in neighborhoods that reflect the neighborhood."