How floodwaters are affecting NC fish and wildlife 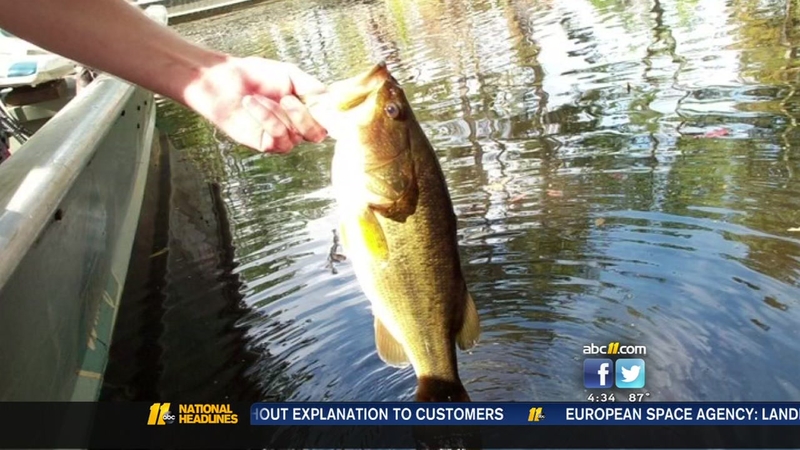 Several residents in Tarboro report finding giant spiders and snakes after the floodwaters have gone down.

NC Wildlife Resources Commission biologists said it's normal for these sort of animals to seek new grounds when disaster hits.

"We still see animals looking for higher ground, looking for areas that have good food and water and cover," biologist Jessie Birckhead said. "So we just really encourage people to as always, leave wildlife alone."

Wildlife still has a lot of work to do when it comes to testing waters, but the good news -- so far they haven't found any fish killed from the storm.

That's a good sign because thousands of North Carolina fish were killed after Hurricane Irene in 2011 because of low oxygen levels in the water.

And as far floodwaters affecting the meat of the fish, biologists aren't waving the red flag.

"That typically takes time for those fish to ingest and for it to become part of their muscle tissue," said Christian Waters, department chief of inland fisheries.

While NC Wildlife still has a lot of areas to cover in their investigation, they said they will be investigating for weeks and months to come.