'Tis the season for the easiest crime-fighting tip ever 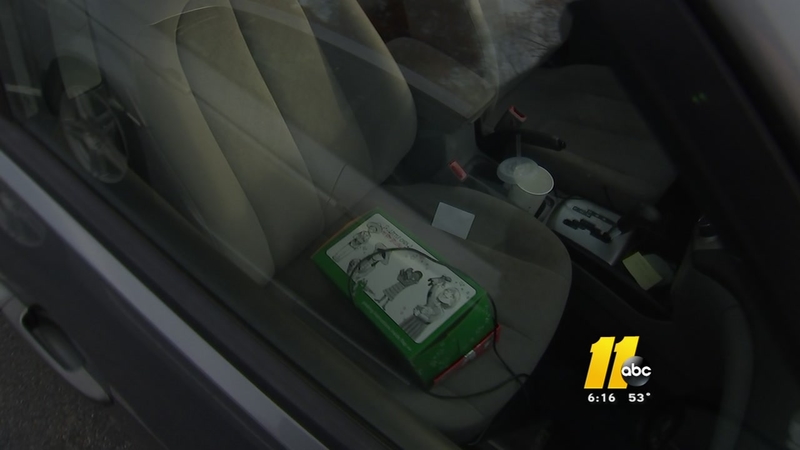 RALEIGH (WTVD) -- What if someone said you could dramatically cut the rate of one of Raleigh's most frequent crimes by simply pushing a single button? Would you do it?

If the bulk of the victims of the more than 1,000 car break-ins in the Capital City so far this year had done that, the number of those crimes might have been cut by well more than half.

"The vast majority of cars that are broken into are unlocked," Raleigh Police Sgt. Haywood Alexander told ABC11.

Haywood, who supervises other detectives who investigate many of the city's property crimes, says in an era when the most cars have wireless remotes that can lock doors and set an alarm with one push of a button - many drivers leave their cars unlocked.

And the seasoned investigator says while cars are a hot target in all seasons this truly 'tis the season.

"It clearly ramps up over the holidays with Black Friday coming up and then the Christmas season, shopping season," Alexander said.

There are also seasoned thieves who know that beginning this week, goodies abound inside of cars: At the shopping center. In the office parking lot. In your driveway. Especially in your driveway.

"We have a lot of instances where people are going around the neighborhood checking handles of cars," Alexander said. "And if they check ten cars," he added, "they may find seven or eight that are unlocked and are able to go in them and search for items they may want."

But while Alexander will tell you that most of the incidents that laymen refer to as 'break-ins' don't involve any kind of "breaking-in" at all, sometimes it's worth the risk to break or jimmy a window and set off an alarm - if there is the promise of a quick reward.

Nicole Lemieux knows exactly what Alexander is talking about.

"I locked my car, but my purse was in plain sight," the Raleigh woman told us after she was the victim of a real break-in discovered when she got to her car after leaving a local grocery store.

"My passenger side window was completely busted," Lemieux said. "The glass was shattered in a million pieces and obviously my purse was not there."

He said when a thief can see electronics such as a GPS receiver stuck to the windshield or the cell phone in the console cup holder or shopping bags and purses in the seats and floorboards or gets even a glimpse of a gun, the thief usually can't resist the temptation to enter even a locked car with an alarm and will do it by whatever means necessary.

And the guns, Alexander will tell you, are also often stolen from unlocked cars and can and do end up being used in other more violent crimes.

He said if drivers would take valuables out of their cars, hide those they don't, and then push the lock button on their keychain remote, Raleigh police investigators could concentrate on other cases. And if that didn't result in outright tax savings it would certainly redirect tax dollars to reducing crimes that aren't so easily prevented.

If Alexander is leading the crusade to quickly and easily cut the number of thefts from cars, Lemieux is a convert.

She's not shy about letting her family and friends know she was the victim of a crime she probably could have avoided.

"I tell them to bring in all of their personal valuables and obviously hide, now hide everything out of plain sight," she said.

Oh, and push that button to lock your car doors.