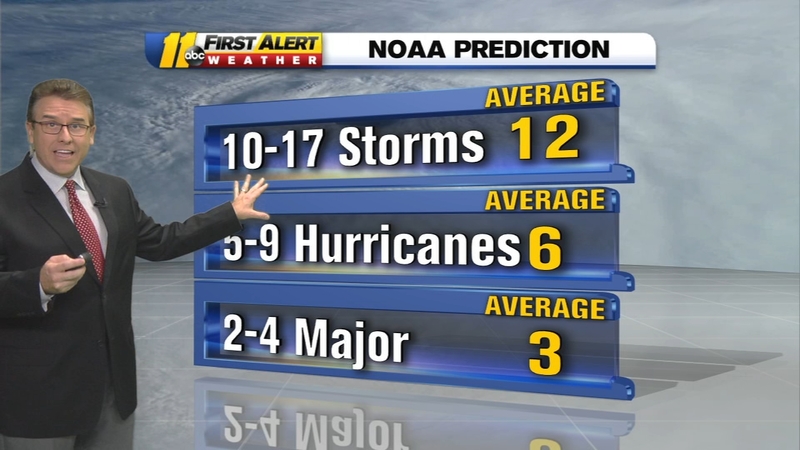 National Oceanic and Atmospheric Administration increased its prediction for the 2019 Hurricane season from 9-15 named storms to 10-17 and from 4-8 hurricanes to 5-9.

NOAA said the Atlantic Ocean has a 45% chance of experiencing an above-normal hurricane season, which begins in August and ends November 30. The chance of below-normal activity has dropped to 20%.

The reason for the uptick in the forecast is because El Nino has weakened and is now considered neutral.

That means wind shear aloft in the Atlantic Basin will be less than in an El Nino year making it easier for storms to develop without being torn apart.

So far this season has been a little slow, but as we get into the next 3-4 weeks, we will be nearing the peak of hurricane season and will likely have more development in the Atlantic and Caribbean.

NOAA increased it's hurricane outlook for this season. El Nino has weakened and will become more neutral allowing the Atlantic basin to have less wind shear which means storms will have an easier time developing. pic.twitter.com/tYi6Vn1uqQ