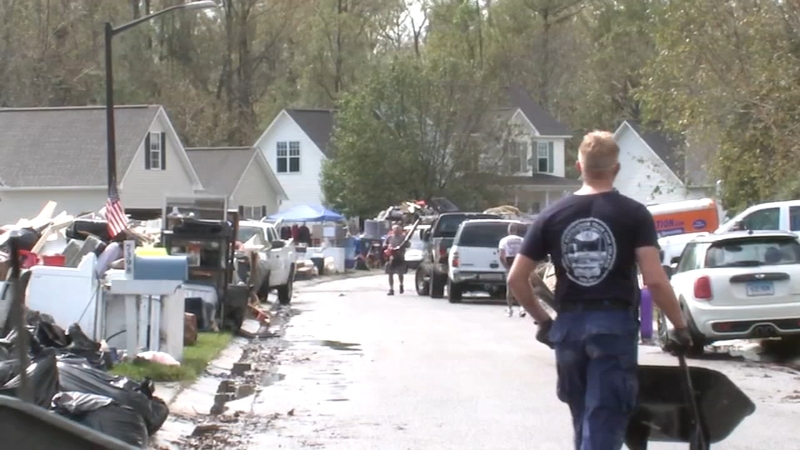 LELAND, N.C. (WTVD) -- It's been a year since Hurricane Florence and in the Stoney Creek Plantation in Leland you can still see devastation from the storm.

While many homeowners are back in their homes, the rebuilding process inside their homes continues.

Tom Meyer's is one of those residents. "It's hard to find the money for materials at this point. I barely make it from month to month right now."

During Florence, Meyer tried to ride out the storm in his home but ended up having to be rescued by boat from his upstairs window after more than 7 feet of water entered his home.

After the water receded, everything on Meyer's first floor was destroyed. He wasn't alone; several of his neighbors lost everything as well.

Like many in the Stoney Creek Plantation, Meyer didn't have flood insurance. He said FEMA did pay him the maximum allowed, a little more than $30,000, but he had more than $200,000 worth of damage to his home. 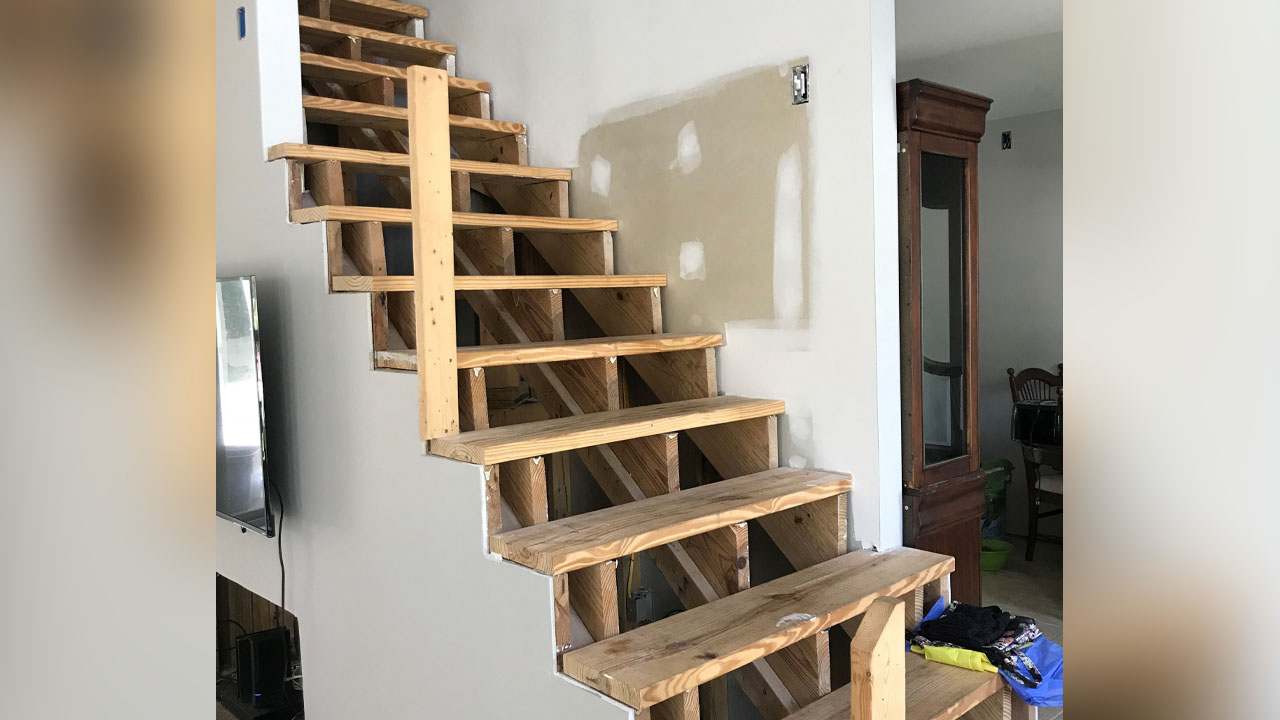 Meyer, along with his kids and four dogs all lived in a trailer provided by FEMA while he tried to fix up his home little by little.

He said one of the hardest things to deal with are offers from state programs or the community to help, but then they don't deliver on those promises. Meyer describes one encounter he had with a representative from the state who offered advice on a state program that could help him.

"There's a new program by the state. They guarantee to take the first 50 applicants, you're number three, fill it out. I filled it out for the man. I'll be there on Monday to see what you need. I'm still waiting," Meyer said.

Meyer got enough work done inside his home, he finally could move out of the FEMA trailer in June, but he still has a long way to go.

The inside of Meyer's home still looks like a construction zone, and there are still signs of Florence. For example, his sliding glass door still has two feet of water from the hurricane stuck inside it. 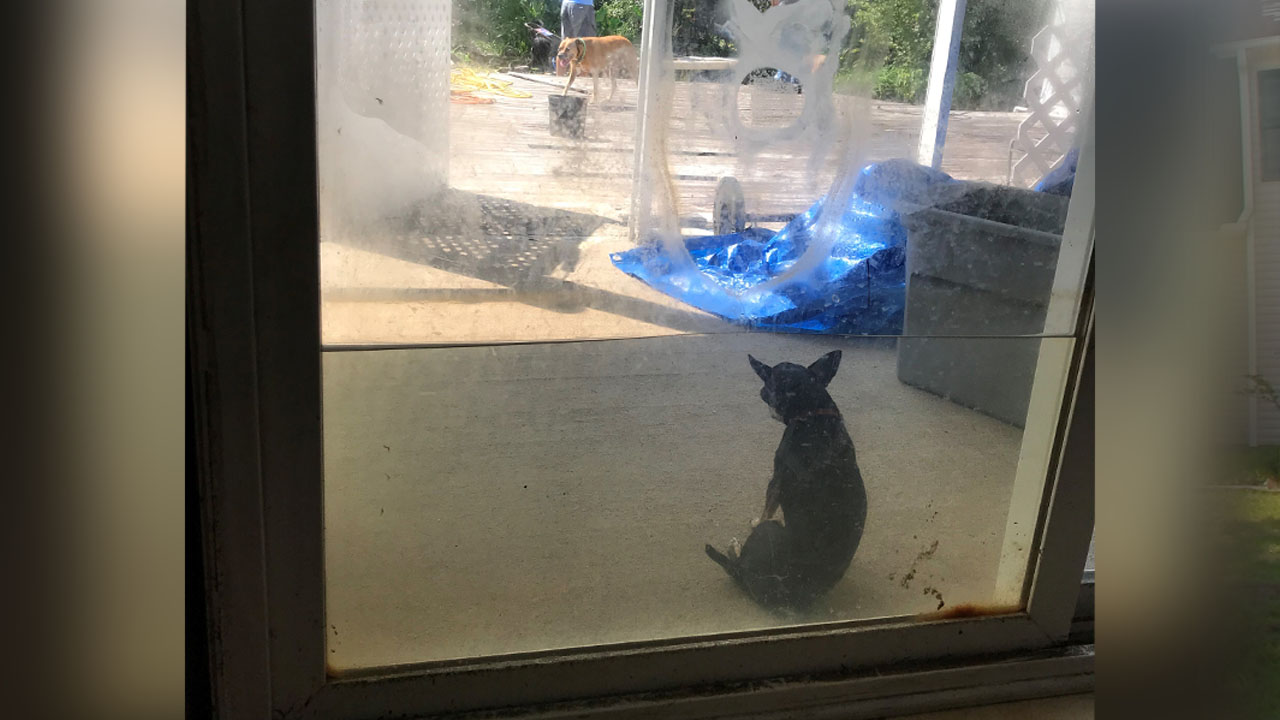 A few of Meyer's neighbors who had insurance are back in their homes and the construction is done. But not everybody. One oh his neighbors, a family of six, is living in a motorhome parked outside their damaged home. They also didn't have flood insurance, and also are slowly fixing up their home as they can afford it. 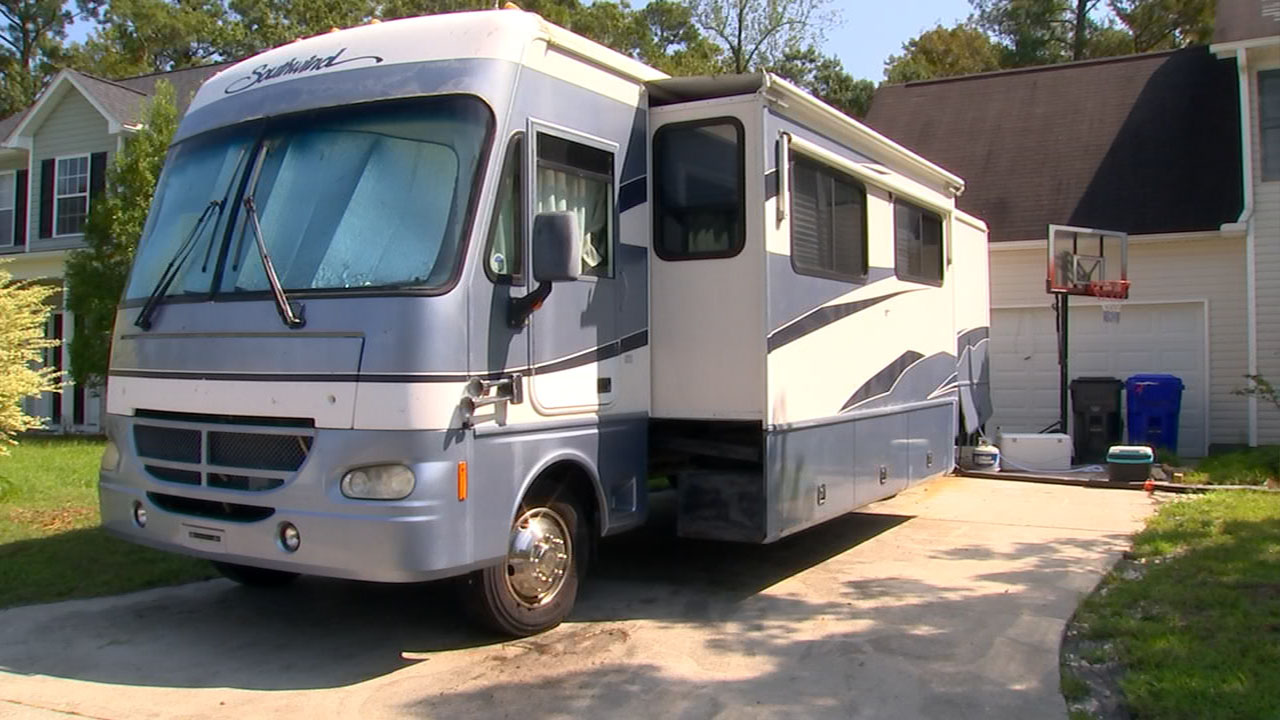 Meyer said the last year of trying to pick up the pieces has taken such an emotional and physical toll on him and his family. He said he tries to stay strong, but it's tough knowing he has so much more to do to his home to get back to where it was before Florence.
Report a correction or typo
Related topics:
weathernchurricane florencehurricanestorm damagestorm recovery
Copyright © 2022 WTVD-TV. All Rights Reserved.
HURRICANE FLORENCE
3 years later, Hurricane Florence memories linger with flood victim
6 most destructive hurricanes in North Carolina history
Even with progress, Hurricane Florence victims still need help 2 years later
What do hurricane categories really mean?
TOP STORIES
LIVE: Snow exiting area, leaving thin blanket of white
New study highlights where you are most likely to catch COVID-19
NC man denied life-saving kidney transplant over vaccination status
Widow delivers heart-wrenching eulogy for NYPD detective
In wake of Pittsburgh bridge collapse, how safe are NC's bridges?
Restaurants, battered by wintry weather, hope business stays brisk
News & Observer: There are 54,000 possible Cook Out combos
Show More
Cooper vetoes bill that would push NC primary to June 7
How many times can I reuse my N95 mask?
10 injured in PA bridge collapse; human chain formed to help
Decades after TV anchor disappears, convicted rapist denies connection
LATEST: Breakthrough cases make up 37% of new COVID infections
More TOP STORIES News