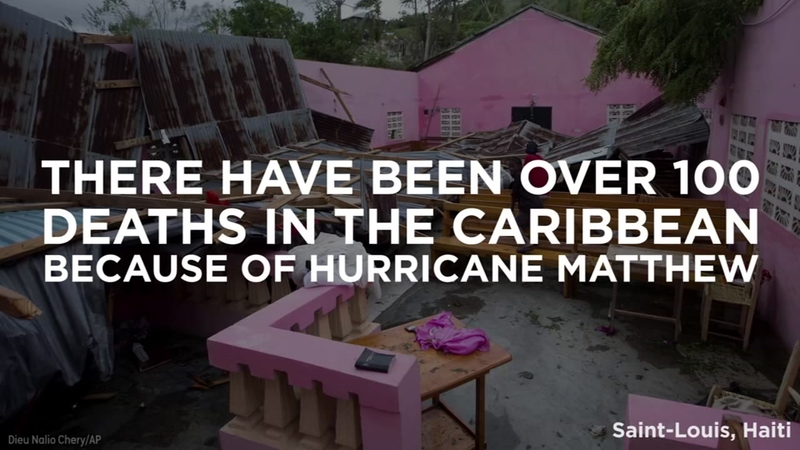 Dozens of people have been killed and thousands evacuated in the Caribbean following the massive damage caused by Hurricane Matthew.

The hurricane arrived in Haiti on Tuesday, bringing 145 mph winds and leaving "wreckage and misery everywhere," according to the Associated Press.

The Haitian government estimated at least 350,000 people need some sort of assistance following the disaster. Civil aviation counted over 3,000 homes destroyed along Haiti's southern peninsula, according to AP. "Some towns are almost completely destroyed and others have been cut off from communication, leaving loved ones to fear for the worst," according to ABC News.

In Cuba, more than 377,000 people have been evacuated because of the hurricane. Hurricane Matthew is expected to be "very near Florida's Atlantic coast by Thursday evening," according to ABC News.