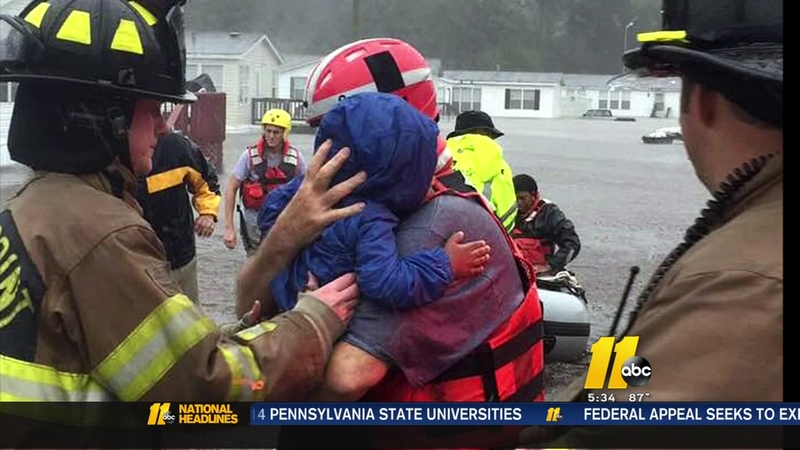 FAYETTEVILLE (WTVD) -- Life is returning to normal at Fayetteville Fire Station No. 11. That's where the city's Swift Water Rescue equipment is stored.