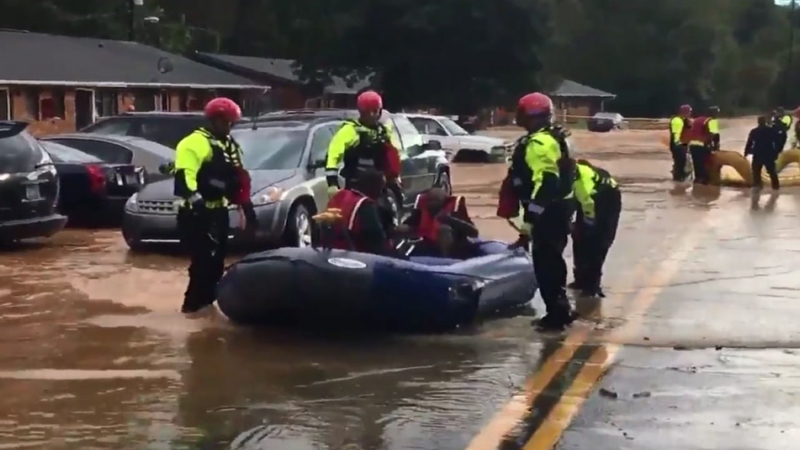 Drivers Friday will have to navigate roads littered with storm debris and downed trees. Click here for a list of closed roads in the Triangle.

Michael, a historic Category 4 storm, hit the Florida Panhandle with winds at 155 mph. The storm weakened considerably by the time it entered the Carolinas, but its heavy rain and strong wind gusts still toppled trees and took out power lines.

ABC News reports Michael is responsible for 11 deaths--four in Florida, five in Virginia, one in Georgia, and one in North Carolina. The North Carolina victim was in Statesville when a tree fell on his car.

After the heaviest rain, winds picked up. That combination resulted in several large trees toppling over.

In Chapel Hill near the Carolina Inn, wind gusts took down a tree that was said to be more than 100 years old. The tree fell toward the historic hotel, causing some damage to the building.

A massive tree fell on a home on West Club Boulevard in Durham, but no one was injured.

Wow - tremendous tree knocked down like a bowling pin on top of abandoned home near W Corporation in Durham. Thankfully no injuries. @ABC11_WTVD #TropicalStormMichael pic.twitter.com/ZUmasyTyrz

Downed trees will continue to cause issues with power and road closures throughout Friday. 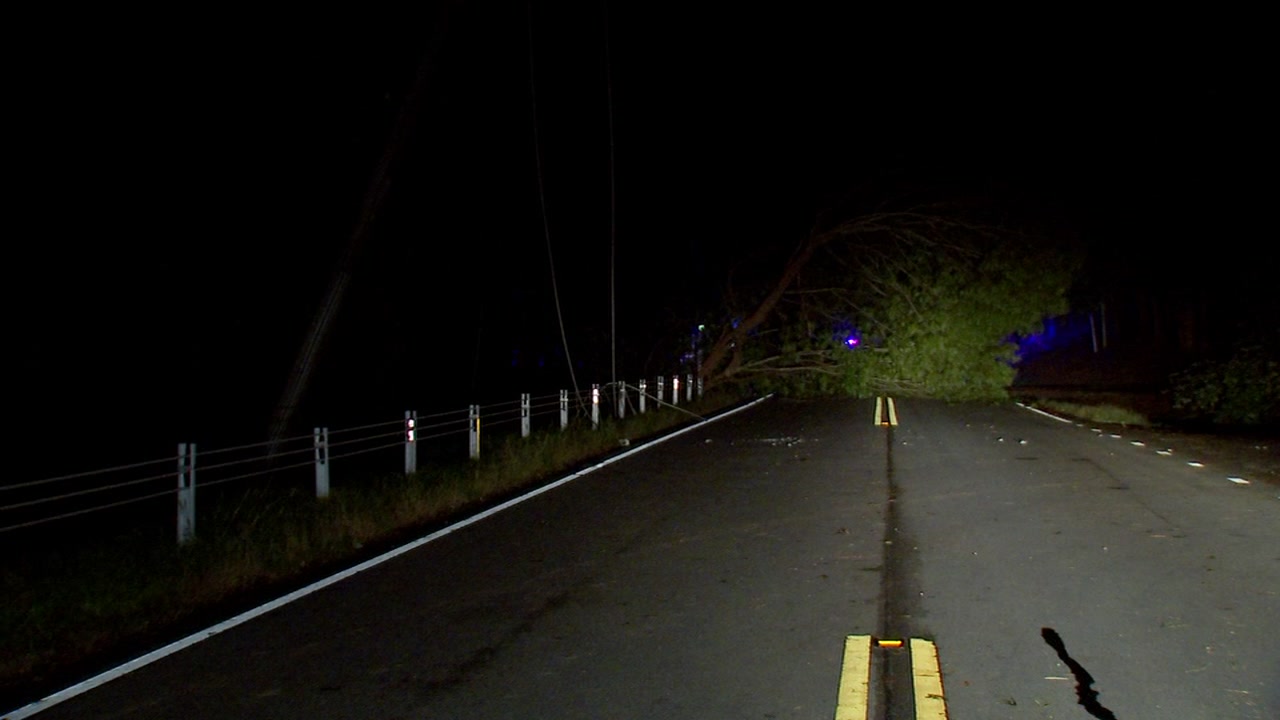 Road closures NC
Many roads are closed throughout the Triangle after Tropical Storm Michael brought fierce wind gusts and heavy rain to the region Thursday.

Flooding will also be an issue for drivers and emergency personnel.

The driver of this pickup truck told me to warn people against driving on flooded roads. Here’s what happened when he tried to drive on Durham Dr. near Gideon Creek Way in Raleigh. #ABC11 #HurricaneMichael pic.twitter.com/Q3BQW1cICD

Road closures NC
Many roads are closed throughout the Triangle after Tropical Storm Michael brought fierce wind gusts and heavy rain to the region Thursday.

Wind will continue through Friday, but meteorologist Steve Stewart said they will not be as strong as winds from Thursday night.