Mother has questions after daughter hurt at school 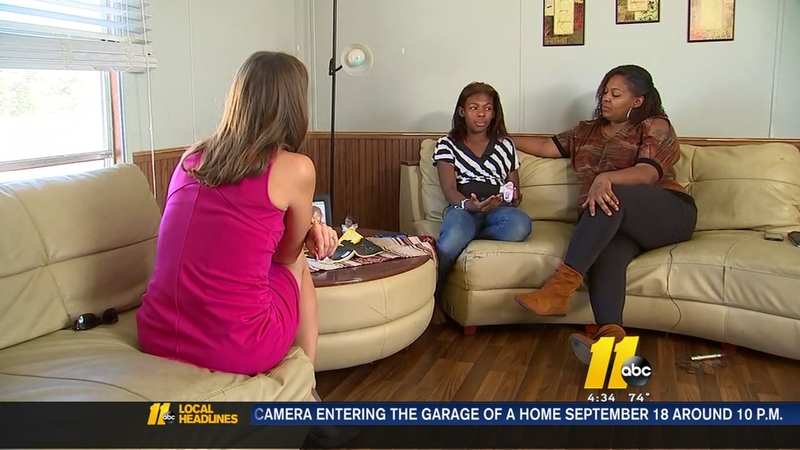 Mother has questions after daughter hurt at school

SPRING LAKE, NC (WTVD) -- A Harnett County mother whose sixth-grade daughter suffered a gruesome injury at school wants to know why administrators called her first instead of an ambulance.

Aja Duck, 11, of Spring Lake said during P.E. at Overhills Middle School on Thursday, another student was swinging on a gate and accidentally crushed her fingers between the hinges.

Aja's mother, Shanta Duck, said she didn't know the extent of Aja's injuries until she was able to take her to the emergency room that evening.

"Traumatic amputation, two broken fingers, and an open fracture," she said of the diagnosis. "It's very serious to happen at school."

Patricia Carmen-Lewis, Harnett County Schools spokesperson, told ABC11 the P.E. teacher, who's also the school's athletic director, washed Aja's wound, wrapped it with gauze, and took her to the front office where she called Duck.

"Her exact words were, 'It's pretty bad. She may need stitches,'" said Duck. "But there's nothing to stitch there."

Duck said she hasn't had a car since it was damaged in Hurricane Matthew, and had no way of getting to her daughter after the accident. She relied on her fiancé to leave work to pick her up. Aja was left waiting in the office for an hour and a half.

"Once I told them my predicament, how I couldn't get up there, I thought they would at least take more action into their own hands and get her somewhere," Duck said. "Not just have her sit there bleeding to death. She lost a lot of blood."