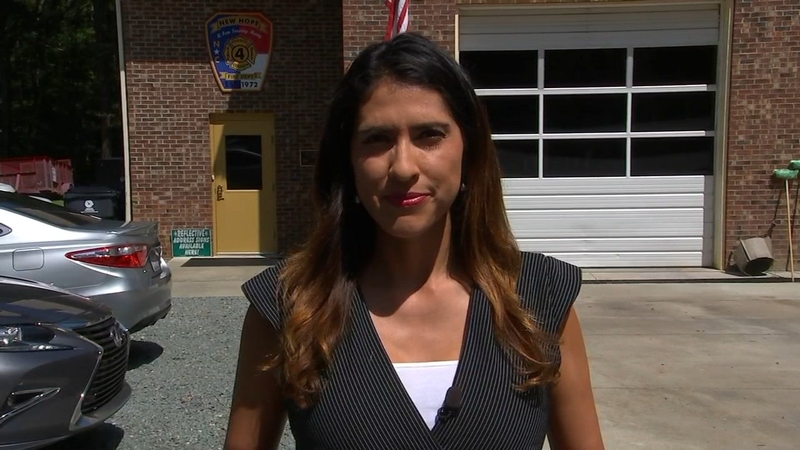 CHAPEL HILL, N.C. (WTVD) -- The husband of a woman who was found alive in Orange County thanked everyone who helped find his wife alive.

Maryanne Rosenman, 75, was missing for more than 48 hours after wandering away from her home on August 14. Crews eventually found her in a drainage ditch in a heavily wooded area not far from her home on Stoneridge Drive.

"It's been a terrible week and it's been an amazing week," Dr. Julian Rosenman said. "I almost lost my wife of 49 years. She could've died frightened and alone in a ditch somewhere in the woods. That's why it was terrible. But it was amazing because of the outpouring of help from hundreds of people whom I do not know and never thanked personally for taking their time and their talent to find Maryanne."

He explained that his wife has a variation of Alzheimer's disease. He said his wife was still recovering in the hospital but would soon be transferred out to a secure and safe facility.

"She has no recollection whatsoever of the event. Part of it has to do with the kind of dementia that she has," Rosenman said. He continued by explaining that his wife has short-term memory loss, and he's actually thankful that she doesn't seem to remember what happened to her for the two days she was lost in the woods.

The husband of a woman who was found alive in Orange County publicly thanked everyone who helped find his wife alive.

"The area that she was found in was a stream that came off of a hill behind a residence and washed downwards to where we're standing now," Blackwood said. "The stream was very shallow and was very cool water, which probably aided in her survival."

Julian Rosenman speculated that his wife had not been in the stream the entire time she was missing. He said his examination of her told him that she was hydrated, had walked a lot and tried to eat things not found in the stream.

"The third thing is really sad. It makes me almost cry. She had leaves and grass in her mouth. She was trying to eat," Rosenman said.

He suggested our country come together to figure out ways to keep what happened to his family from happening to other families.

The 75-year-old Orange County woman with dementia who went missing Wednesday has been found alive and in reasonably good condition.