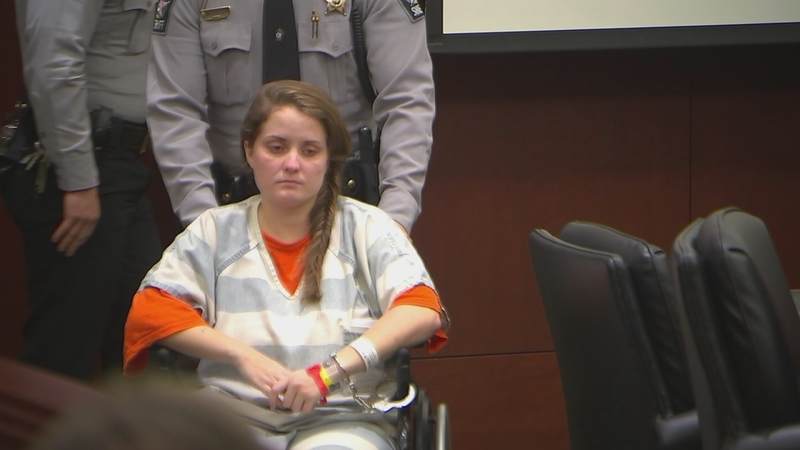 RALEIGH (WTVD) -- A daughter got her wish to lay eyes on the woman accused of seriously injuring her mother in a DWI crash Thursday.

Fritschel was released from the hospital Wednesday and immediately taken to the Wake County jail. She made her first court appearance Thursday afternoon.

She remained in a wheelchair after having surgery on her legs.

As her parents watched from the gallery, Fritschel's attorney asked that her $100,000 bond be reduced.

But prosecutors argued she already had a pending DWI charge when she allegedly got on I-40 headed the wrong way early Sunday morning and collided with a PT Cruiser driven by 41-year-old Chandra Green near Jones Sausage Road.

Green's car burst into flames and it was thanks to the efforts of a North Carolina National Guardsman and two deputies that she was pulled from the car alive.

The PT Cruiser burst into flames.

Green remains at WakeMed where she is recovering from multiple broken bones. Her family said Thursday she finally starting to become a little more responsive.

Although Green's daughter wishes Fritschell well, she is bothered by the prior DWI charge six months ago.

"This time she hurt somebody and that's my mom. That's like, if you can see, we look just alike. And without her being there it takes a family but I keep pushing on," said Green.

The judge decided not to lower Fritschell's bond despite her medical condition. After court, Fritschell's parents had no comment but her attorney said all their thoughts and prayers were focused on Green.