Big changes for your commute along I-40 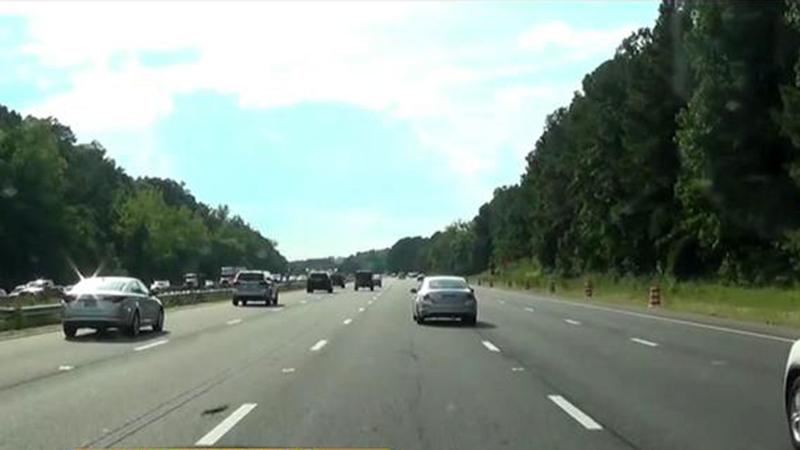 Big changes for your commute along I-40

RALEIGH (WTVD) -- A major traffic shift wrapped up overnight along Interstate 40 that could impact your commute.

The North Carolina Department of Transportation says drivers should give themselves an extra 30 minutes if planning to use westbound I-40 between the 40-440 split and Lake Wheeler Road in Raleigh.

The inside lane is now blocked off and will be closed until next year as DOT crews work along the area.

Two years into the massive highway rebuilding project - and halfway done - this phase will have the biggest impact on drivers.

"So right now part of that section is five lanes, the rest is four. It's gonna become four and three," explained Steve Abbot with the NCDOT.

This is just the latest adjustment drivers will have to make amidst the 11-mile, $130 million I-40/440 construction project. Crews closed down the eastbound lanes along the same stretch of highway several weeks ago.

Some drivers have said they are taking public transportation to avoid any headaches, but others trying to take alternate routes are running into other road blocks.

"They're doing Tryon Road at the same time, which would be an alternate route to 40, but it's not because they're working on that too," one driver said.

The DOT is warning drivers to expect delays when heading into downtown, as people navigate the more cramped traffic pattern.