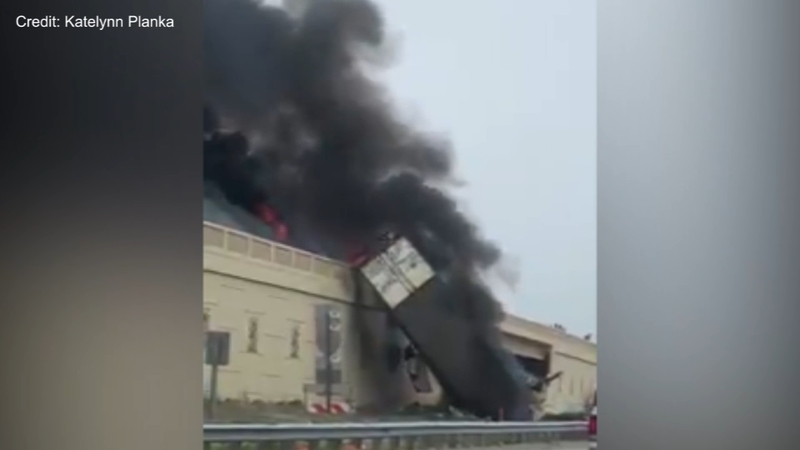 RACINE COUNTY, Wis. -- At least two people have died and multiple others were critically injured when a semi crashed, exploded and ignited other vehicles on Interstate 94 in Racine County, Wisconsin.

A traffic camera shows the fiery semi-truck crash that closed all lanes of I-41/94 in Racine County, Wisconsin on Wednesday.

The Racine County medical examiner said there are at least two fatalities. Multiple people have been sent to hospitals in critical condition with burns and broken bones.

Witnesses said they heard what they described as an explosion and seeing a mushroom cloud of smoke.

A WTMJ-TV photographer who witnessed the crash says the semi jumped the median, caught fire and exploded. The photographer says at least two other vehicles were set on fire.

Both northbound and southbound lanes of Interstate 94 were completely closed in the area.

The cause of the crash remains under investigation. Authorities are expected to reveal more information at a press conference Wednesday afternoon.