3 killed in 3 crashes on I-95 in Johnston County 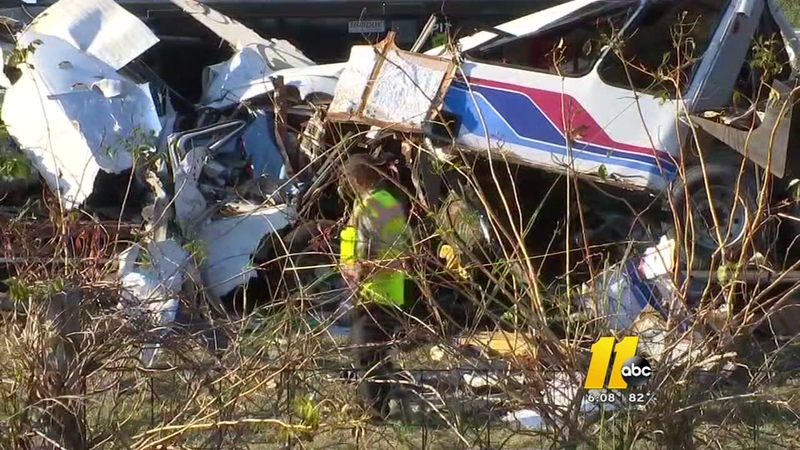 Southbound lanes remained closed at Exit 95 while officials investigated and cleared the scene, but reopened Thursday evening before 6 p.m.

The first crash happened around 12:10 p.m. as a tractor trailer was traveling on I-95 south near MM 90 when the truck veered onto the right shoulder, overturned, and pinned the driver inside. The driver, 29-year-old Nenard Sekulic of Tacoma, Wash., was extraced from the truck and flown to WakeMed with non-life threatening injuries. Charges are expected.
At approximately 1:30 p.m., a 2000 Freightliner tractor trailer traveling south on I-95 near MM 95 was stopped when it was rear-ended by a recreational vehicle. The fiery crash involved hazardous materials and forced an evacuation of the area.

READ MORE: I-95 closed in Johnston County after 3 crashes

The driver of the recreational vehicle died at the scene. Troopers identified him Friday as 68-year-old Joseph Anthony George or Pittsburgh, Penn.

The driver of the truck was identified as 23-year-old Eiver Espinosa Rodriquez of Homestead, Fla. No charges are expected.

Around 2:25 p.m., several vehicles collided near MM 88.
Investigators said a 2010 Kenworth tractor trailer was traveling north when it failed to reduce speed and struck the rear of a recreational vehicle which was stopped. The impact killed two people inside the recreational vehicle. They were identified as Christopher Michael Porter, 36, of Pell City, Ala. and Mitchell Alan Vandenburg, 30, of Loveland, Colo.
A third passenger, 36-year-old Adam Charles Nurre, of Austin, Texas, was taken to WakeMed. His condition was not released.
The driver of the tractor trailer who caused the collision was identified as 44-year-old Alex Omar Lopez, of Miami, Fla.

Lopez is charged with two counts of misdemeanor death by motor vehicle. He was processed at the Johnston County Detention Center and placed under $5,000 secured bond.