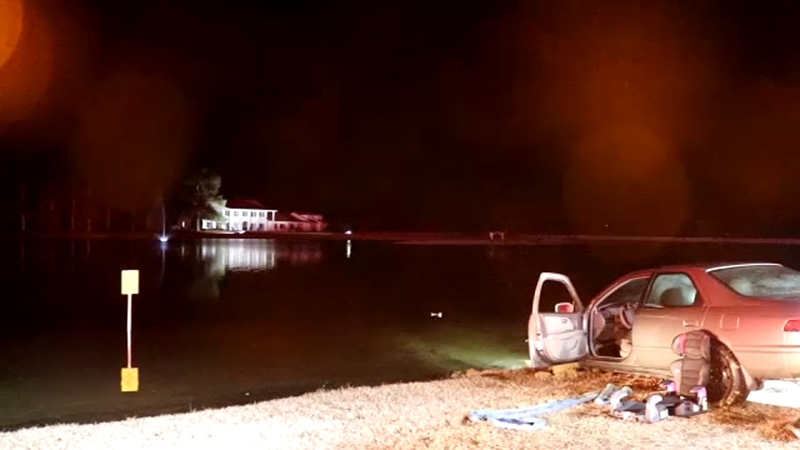 Driver killed after driving off I-95, into pond in Johnston County

JOHNSTON COUNTY, N.C. -- A driver was killed when their sedan went into a pond next to a service road beside Interstate 95 on Wednesday.

The accident happened near Exit 98, when a driver headed north on I-95 went off the road, through fencing, across Campground Road and ended up in the pond. The victim's name was not released.

It's unclear if the driver died before the car entered the pond. Two child seats were pulled out of the car, but it's not believed any children were in the car at the time of the crash.