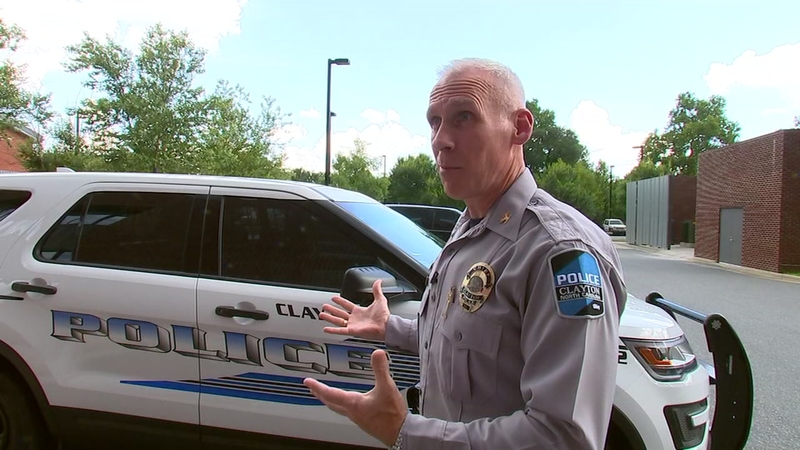 Ground zero for this story is more than 1,300 miles from the seat of power in North Carolina. Austin, Texas has been the focal point for an alleged problem that, so far, no one can get a handle on. But police chiefs and sheriffs around the Triangle say they're watching their counterparts in the Lone Star State closely; a few have already made changes to their fleet of SUVs as a result.

At least two lawsuits have been filed by law enforcement officers in Texas and California, alleging their police Ford Explorers were leaking carbon monoxide into their vehicles while they were driving and Austin police grounded almost 40 Explorers after another seven officers got sick while driving the souped-up SUVs.

Ford Motor Co. spokesperson Elizabeth Weigandt said she can't comment on pending litigation but told us via email, "safety is our top priority."

Weigandt also said "a dedicated Ford team is working with police customers, police equipment installers, Police Advisory Board members, and NHTSA to investigate reported issues and solve them. Customers with concerns about Explorers and Police Interceptor Utilities can call our dedicated hotline at (888) 260-5575 or visit their local Ford dealership."

Asked about the problem broadly, Weigandt told the I-Team: "We have investigated and not found any carbon monoxide issue resulting from the design of our Police Interceptor Utility Vehicles. We know police modify these vehicles, which can contribute to exhaust-related issues. We have provided instructions to help seal these modifications and are ready to inspect any vehicles with this concern."

A spokesperson for the SBI: "We are aware of the issue. We (SBI/ALE) actually purchased small carbon monoxide detectors for our agents that have these vehicles as an added safety measure."

C.T. Hasty Jr, the police chief in Roanoke Rapids: "We currently have four in service at this time, we have not had any complaints so far. We are aware of this and are in the processing of installing a CO2 monitor inside the vehicle."

A police spokesperson in Fayetteville: "The Police Department does have a few of the Ford Explorers in our fleet and we were notified of the issue prior. One vehicle experienced such an issue but it was inspected and no longer has presented the issue."