I-Team report: Why body cams may not tell the whole story 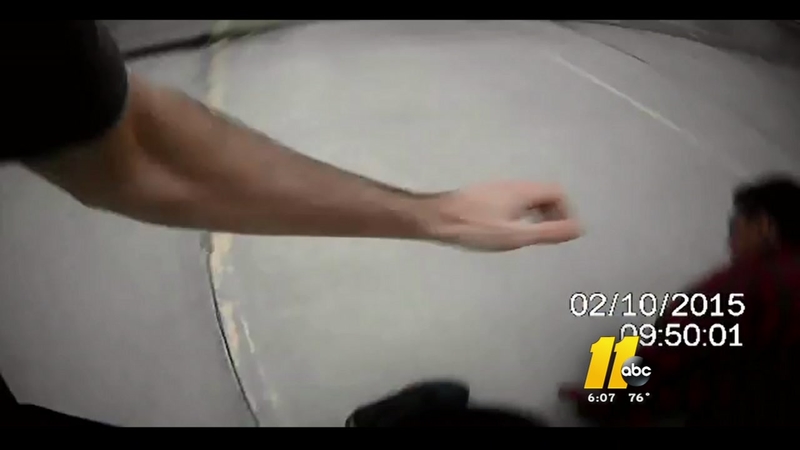 Taking a closer look at the body cam video

In the past few years, there has been a big push around the country and in North Carolina to arm police with cameras that shoot video as well as guns that shoot bullets.

But critics point to myriad problems with police body cams, not the least of which are high expectations.

Seth Stoughton, a law professor at the University of South Carolina, produced a series of videos that call into question what a body cam shows and what may actually happen.

Stoughton is on record as a supporter of the technology to increase accountability but his videos clearly show their drawbacks.

ARE BLACK DRIVERS TREATED DIFFERENTLY BY POLICE THAN OTHERS IN NC?

In each, Stoughton contrasts video from a body cam with video taken by a second and, in one case, third camera. And in each case, the video from the body cam shows video that's not consistent with what viewers see from the other vantage points.

In one, the officer and suspect actually appear to be dancing. In another, a potential suspect runs for no apparent reason, the officer gives chase, and uses a stun gun on the suspect without apparent provocation. In the third, a police officer approaches a vehicle and a person inside comes barging out, again with no apparent reason (as far as a viewer knows, there could have been a bee in the car).

The videos help put in perspective the comment made by Charlotte's police chief of the body cam video available from the Keith Scott shooting: "It does not give me absolute definitive visual evidence that would confirm that a person was pointing a gun."