2 killed in I-40 single-vehicle crash 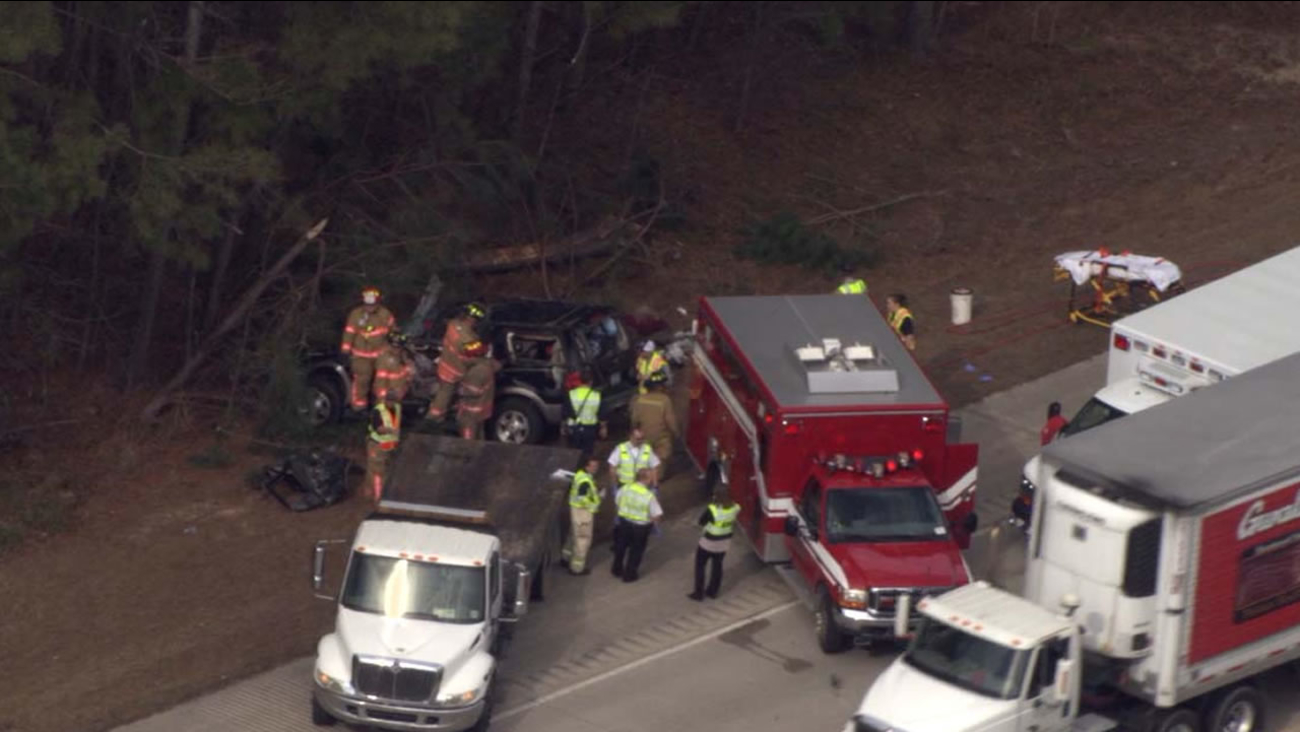 It appeared the SUV rolled over into trees.

BENSON, North Carolina (WTVD) -- The North Carolina Highway Patrol is investigating after two people were killed in a single-vehicle crash on eastbound I-40 north of Benson.

The crash happened around 9:30 a.m. Wednesday.

Troopers said a Ford SUV was headed east when it left the highway, went into a ditch, and rolled over into some trees near Exit 325 (NC-242).

Twelve-year-old Azure Hargrove, who was in the back seat, was taken to WakeMed with minor injuries.

All three victims lived together on Dashland Drive in Fayetteville. Authorities did not clarify their relationship.