2 adults, 1 child shot while driving near I-85 in Mebane 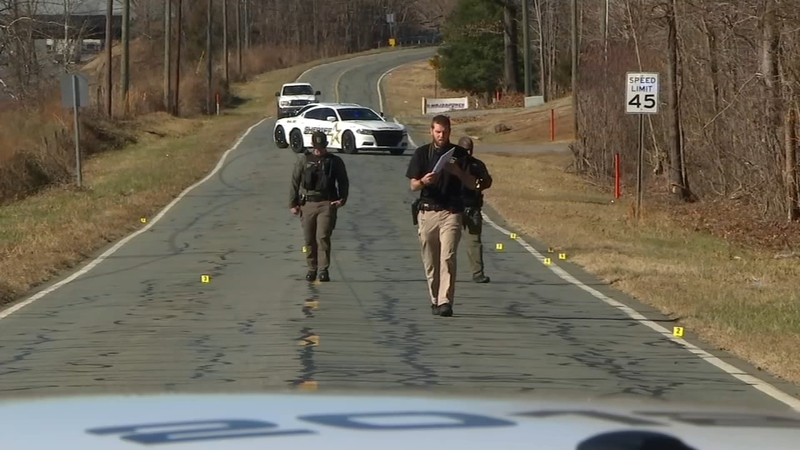 2 adults, 1 child shot while driving near I-85 in Mebane

MEBANE, N.C. (WTVD) -- Three people were shot while inside their car driving down a side road next to Interstate 85 in Mebane.

It happened Wednesday morning about 7:30 a.m. along Industrial Drive. After being shot, the three people -- a man, woman and 7-year-old boy -- drove about 10 miles to UNC Hospital in Hillsborough for treatment.

The Orange County Sheriff's Office said the vehicle the three were in had several bullet holes. Two of the people had to be transferred to UNC Hospital in Chapel Hill for further treatment. None of their conditions have been released.

The sheriff's office said the shots were fired from another moving car and that the shooting was not random.

"Usually when somebody says that it's not random the next question is -- was it targeted? We can't say that for sure," said Sheriff Charles Blackwood. "We can just say that this is not an act where someone was just riding down the road and got shot. There was more to it."

The search continues for the shooter.

Blackwood said the suspect was trailing the sedan and then drove up beside the victims' car and opened fire.

The victims are expected to recover.

"The injuries are not life threatening with anyone," Blackwood said. "This was not a random act. We don't feel that there's any ongoing threat to the general public."

Investigators are looking at surveillance footage from nearby businesses and gathering information.

Blackwood also said the victims are all related and that law enforcement officers are stationed at the hospitals where they are being treated.