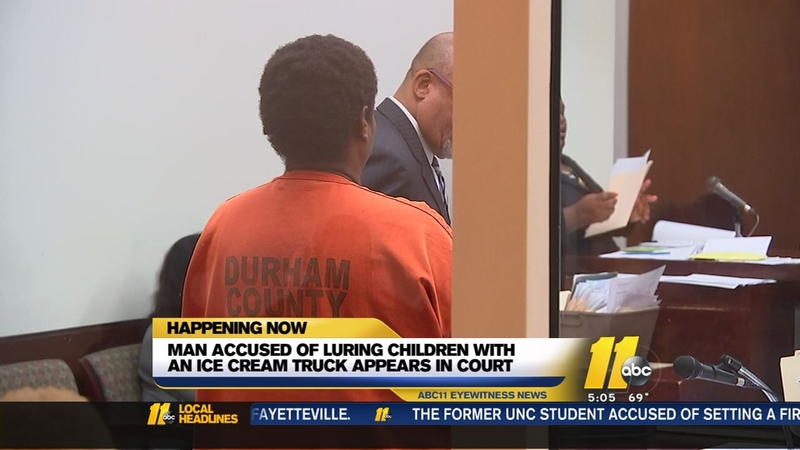 One concerned parent spoke with ABC11 just days ago about an experience her child said happened October 22, when the ice cream van was on Hoover Road. We did not show her face, to protect her son's identity.

"He unlocked the door and invited my son on," she told us. "When he got on, he locked the doors back and told him go stand in the corner, grabbed him by the shoulders."

That's one of the reports of alleged sexual assault of a boy investigated by Durham police that led to charges filed against Rahmah.

Those charges, kidnapping and indecent liberties with a child, were read in court on Monday. His million-dollar bond is unchanged, and he remains in the Durham County jail awaiting his next scheduled court appearance on November 30.

Durham police say he was wanted in connection with at least one more report of sexual assault of a boy on Junction Road on October 25, and we've learned additional charges could come as police continue their investigation of allegations reported by other parents.