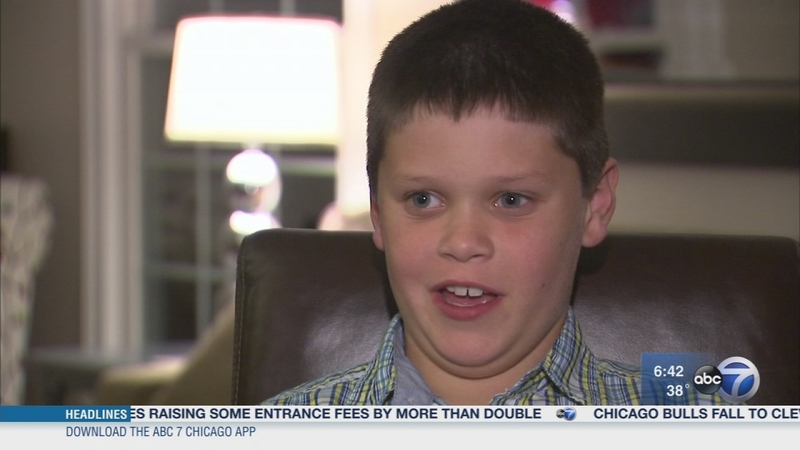 HINSDALE, Illinois -- Patrick Doppke's mother believes swimming lessons helped save her son's life after he was swept into a drainage pipe after heavy rain in Illinois.

PJ, as his family calls him, never panicked after surfacing underground inside a pipe, water up to his chest. Seeing a tiny speck of light downstream, he knew he had to get to it.

And he knows what he's talking about. He was captured by a roaring rush of water after torrential rain in a drainage ditch.

"I had no idea the current would take me, and I didn't know where I was going," he said. "I was fortunate that there were no turns in the pike."

In an instant, he was gone.

"And I ran after him with my dog and he tried to grab onto the grate before being sucked in," said his sister Lauren Doppke.

"I could see a little light but the tube was full. I knew there might be a grate on the other side, so I dove down, and I skimmed my hair on the grate," Patrick said.

Patrick resurfaced nearly 1,000 feet away, far from his sister.

"I'm so lucky that he got out alive," Lauren said. "And I just get that feeling every day."

"No matter how strong a swimmer you are, you really shouldn't be playing in water that is rushing like that because you can get swept away," Erin warned.

"If I could tell every single kid something to let them know that they shouldn't do this, is to never play in a creek when it's raining," Patrick said.

Village officials are now looking into how to prevent this from happening again, including reviewing the structure of the drains.