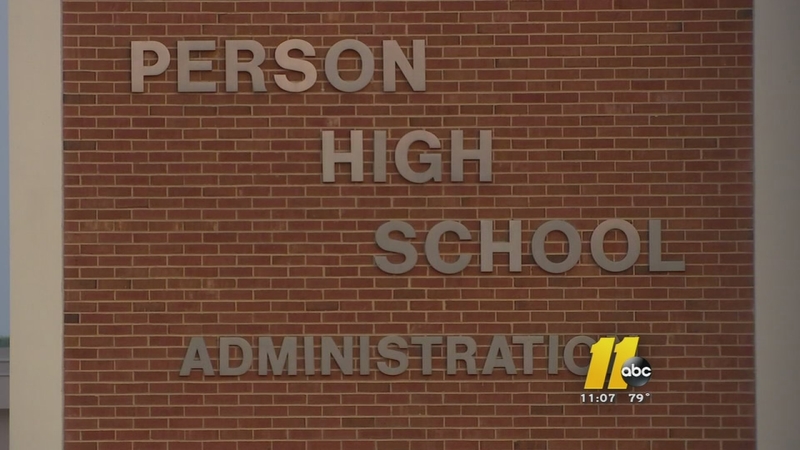 Symptoms include diarrhea, vomiting, and a low grade fever. Laboratory testing is being conducted to determine the cause.

The director of the Person County Health Department is calling it a gastrointestinal illness. The Department of Health and Human Services has not confirmed it is norovirus.

Superintendent of Person County Schools, Danny Holloman, sent an automated phone message to parents Wednesday afternoon saying, "It has come to my attention that we seem to be having some sickness, virus type symptoms, surfacing in our schools today."

Holloman went on to say that after talking with school nurses and administrators 84 students and six teachers at Person High School went home sick.

He said Helena Elementary reported 17 absences and were still sending students home at the time of his call. He also said another three students were sent home from Woodland Elementary School.

Woodland is where Jennifer Purdie's oldest daughter attends kindergarten. She said her daughter is fine, but has noticed her slowing down more than usual during afternoon play time.

"I was talking with a lot of the other parents and we're really upset and concerned that they're not closing the school down at least until Friday," said Purdie.

Supt. Holloman said schools will remain open and the director of custodial services has been advised and additional sanitizing will take place all afternoon and evening in the schools.

"I don't feel safe sending him to school," said Angela Davis, a mom who said she's keeping both her children home the rest of the week.

While her son goes to Northern Middle School, Davis said she also received that automated call from the superintendent. She said her son was not feeling well when he came home.

"That's the first thing he said is 'Mama, I haven't felt well since lunch,'" said Davis.

Supt. Holloman said Janet Clayton, the director of the Person County Health Department confirmed the "CDC in Raleigh has requested that our health department attempt to secure some samples. We are trying to get information gathered on those who went home and send that contact information to the health department."

ABC11 also reached out to the Department of Health and Human Services and were told by Olivia James with the office of communications, "DHHS is aware of the gastro-intestinal illness in Person County and is assisting the Person County Health Department in monitoring the illness."

Meantime, school and health leaders recommend students and staff wash hands frequently with soap and water. They also advise that any student or teacher with symptoms should stay home at least until 48 hours after symptoms disappear.