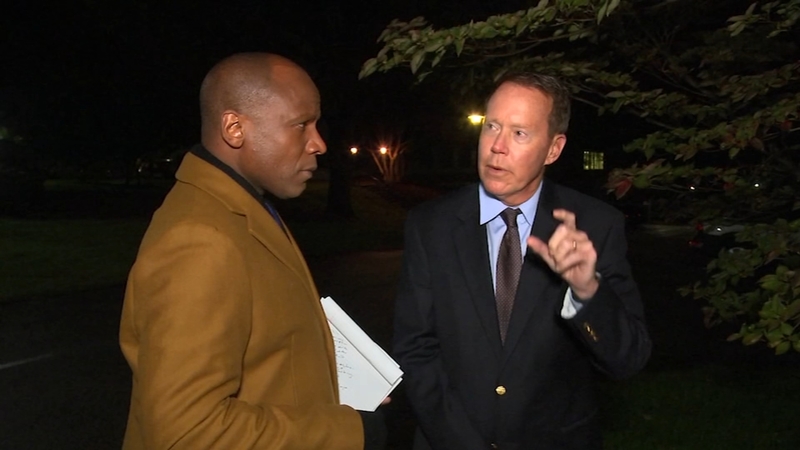 What this Raleigh prof says to watch for in impeachment hearings

"They see the historical significance in this event," McLennan said. "(Impeachment) doesn't happen all that frequently."

It's the first chance for all Americans to see and hear the case against President Donald Trump -- and decide whether it rises to the level of an impeachable offense.

"If the Democrats are able to convince the American people and public opinion changes, maybe we'll see Republican senators change their mind and the president could face the end of his presidency."

The hearings kick off with testimony from Bill Taylor, the top U.S. diplomat to Ukraine, handpicked by Trump's Secretary of State Mike Pompeo. Taylor is set to testify that the president was withholding military aid to Ukraine until the Ukrainian president agreed to investigate Joe Biden and his son Hunter.

"This is a very simple, straightforward act. The president broke the law," said Democratic California Rep. Jackie Speir, a member of the House Oversight Committee.

After weeks of closed-door hearings, the #impeachment inquiry into President Trump goes public tomorrow. We’re talking to our political pro about what to watch for. #abc11 pic.twitter.com/jB51GmfZT4

McLennan believes that while Democrats will try to prove the president violated the American people's trust, he thinks Republicans will make a case that the dealing amount to no big deal or simply standard operating procedure in Washington.

"And Republicans will try to say to (Bill Taylor), 'You weren't in the room when the president was making the call, you were in Ukraine; you didn't witness the president making calls.'"

"So what they do is go all over Washington, let's find 10 people that hate President Trump the most and let's put them up there," Trump told reporters from the White House.

Back in Raleigh, McLennan said Meredith College is devoting one of its auditoriums Wednesday to watch gavel-to-gavel coverage of the impeachment hearings along with experts to answer students questions all day long.

"For my students, I say listen to the witnesses testifying and see if you can pull out the facts. What were the facts in not only the call, but preceding the call," McLennan said. "So, listen for the facts and then weigh the credibility of the witnesses."