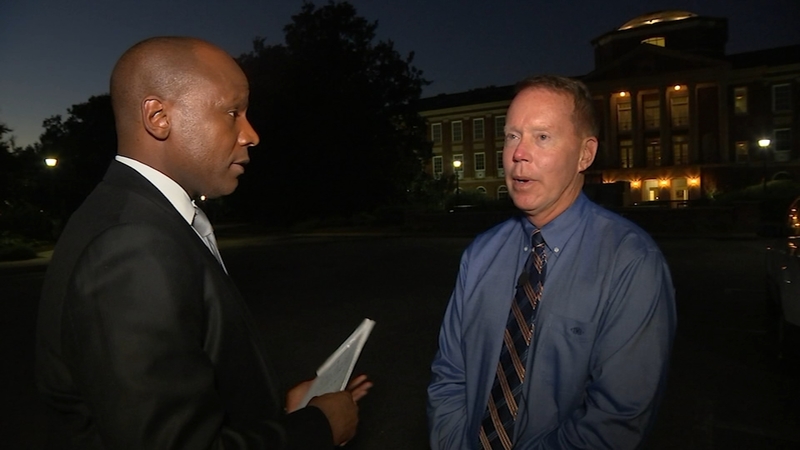 EMBED <>More Videos
For a political science professor these are the kinds of nights when David McLennan can't get wait to get back to class in the morning.

History unfolding in Washington as House Speaker Nancy Pelosi announces the start of a formal impeachment inquiry into President Trump.

Political pro @davidbmclennan breaks down today’s #impeachment news from Washington
• • •
“Republicans are already talking like this could fire them up even more than they are. But, Democrats have been looking for this for a long time. So this may fire up both sides.” #abc11 pic.twitter.com/sLgjXHIVrj

Speaker Pelosi will then choose the charges that the full House votes on.

The times have found us. The actions taken to date by the President have seriously violated the Constitution. It is for this reason that the House of Representatives is moving forward with an official impeachment inquiry. pic.twitter.com/cHq7zgKJ1g

But even if Democrats garner the 218 votes in the House to impeach; as it stands now, the Republican majority in the Senate is unlikely to convict President Trump to remove him from office.

Plus, the clock is ticking. The presidential campaign is well underway. The Iowa Caucuses are just a week after the Super Bowl.

"The calendar is very tight," McLennan said. "If you're thinking about the situation of removing a president -- that throws the Republicans into a situation we've never seen before. Because they no longer have their leading candidate."

That's worst case for President Trump. The worst case for Democrats would be a repeat of what happened to Republicans when they impeached President Clinton in 1998. The move backfired on the GOP. Democrats ended up winning control of Congress.

"It is a political gamble but a little bit different in that Bill Clinton was not running for reelection," McLennan said. "Republicans are already talking like this could fire them up even more than they are. But on the other hand, Democrats have been looking for this for a long time. They wanted to fight back against President Trump. So this may fire up both sides."

ABC11 asked Professor McLennan for his best guess on how long this impeachment process could last.