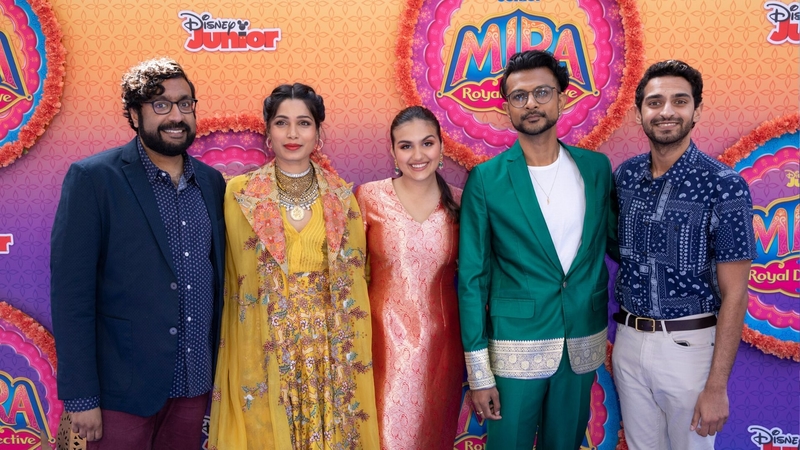 "Mira" follows a commoner, played by Leela Ladnier, who is appointed as royal detective by the queen. The show will highlight her adventures solving mysteries and going on adventures with her friends and comical mongoose sidekicks.

"Something like this has never been done before," Freida Pinto said of the show. "[It's] super important that Indian kids, South Asian kids, Desi kids around the world, in America, start feeling accepted."

All of the actors on the show expressed how they wished they had a figure that looked like them, that celebrated their culture, to watch on television as they were growing up.

Comedian Hari Kondabolu said he was proud that his children will be able to grow up in a time where they can see themselves represented onscreen and know that they're "valid," "special," and that "they're allowed to be heroes."

Actor Karan Brar is no stranger to the Disney Channel family, but the "Bunk'd" actor is excited for the new strides the network is taking with this series: "It's so exciting to push the line a little bit forward as to how diverse our content looks nowadays."

While Indian representation was the main theme on the royal blue carpet at this premiere, the actors emphasized that this is not just a show that will be enjoyed by South Asians but all children along with their parents.

Actor Maulik Pancholy hopes "Mira" will be a gateway for children to start exploring and celebrating Indian culture. "We have such a history of cultures being different, and saying that's an 'other' culture, but it would be really cool if people were like, 'I actually want to immerse myself in that and fall in love with it.'"