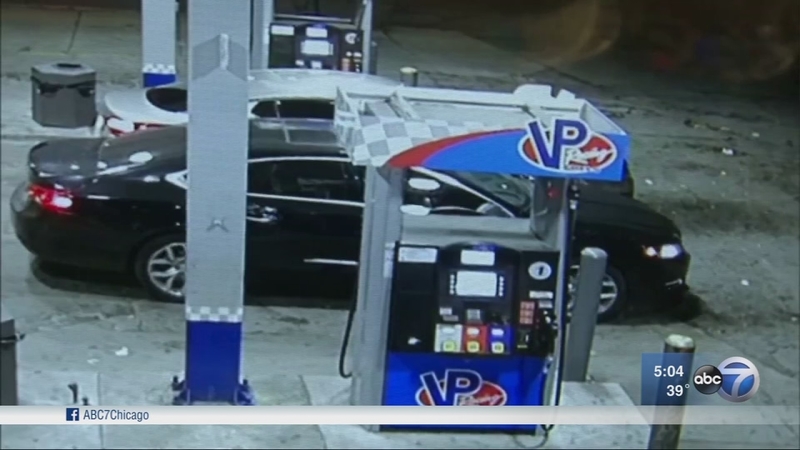 CHICAGO -- A thief stole a car with twin 5-month-old babies inside Sunday morning in Chicago, police said. The car was later found with both babies unharmed.

The car owner ran inside a gas station to buy a bottled water at about 12:15 a.m. and left his Chevy Impala running with his baby girl and boy asleep in the backseat.

The victim then watched in horror as someone jumped in and took off. Surveillance video showed the victim chase after the car.

"When the customer saw his car stolen, he ran after them, but he couldn't catch them, so he came back and asked for the phone and called police, 911," said gas station worker Sam Abdo. "Less than 20 seconds, he came back and he was scared. He was about to cry."

The suspect presumably realized the two babies were in the car and abandoned it, police found it.