ByABC News and the Associated Press via

With the Senate Democrats' last remaining holdout -- Arizona Sen. Kyrsten Sinema -- tentatively signing onto a $739 billion modified reconciliation deal, her party leaders are looking forward to a first procedural vote on their historic tax, climate and drug-pricing bill as early as Saturday.

The estimated $740 billion package heads next to the House, where lawmakers are poised to deliver on Biden's priorities, a stunning turnaround of what had seemed a lost and doomed effort that suddenly roared back to political life. Cheers broke out as Senate Democrats held united, 51-50, with Vice President Kamala Harris casting the tie-breaking vote after an all-night session.

Together, the climate and ACA provisions would cost the government roughly $433 billion, and Democrats plan to put at least $300 billion of that toward deficit reduction. The tax provisions, prescription drug-pricing reform and increased IRS tax enforcement would raise the estimated revenue the bill would produce to $739 billion.

Republicans have bashed the proposal, saying that any tax increases or spending package while the nation is falling into an economic recession is irresponsible.

"This is not about inflation reduction, this is all about Democrats spending on things they want to spend money on. I'm not going to support it. I don't think any Republicans are going to support it. Why is that? Well, it's another taxing and spending bill," said Sen. Mitt Romney of Utah in response to the bill.

Tax analysts argue that the legislation would help American families who make less than $400,000. Democrats say it would reduce inflation at least in part by lowering the deficit, a key priority for Manchin.

The bill would reduce federal budget deficits by $102 billion over 10 years, according to the nonpartisan Congressional Budget Office.

"The legislation would either reduce or have no effect on the taxes due or paid by any family with income less than $400,000 and is fully consistent with the President's pledge. In fact, the clean energy tax credits and the expanded premium tax credit will cut taxes for millions of Americans," Treasury Secretary Janet Yellen wrote in a letter to congressional leadership.

Sinema said she is still waiting to see the results of a scrub by the Senate's non-partisan rule keeper before signing off, but if Schumer can keep his caucus together and pass this bill, it will be a big win for democratic leaders ahead of a hotly-contested upcoming midterm cycle.

"We have agreed to remove the carried interest tax provision, protect advanced manufacturing, and boost our clean energy economy in the Senate's budget reconciliation legislation," the Arizona senator said in a statement. "Subject to the Parliamentarian's review, I'll move forward."

Details of the reconciliation bill were highlighted further Thursday as lawmakers continued to comb through the 700-plus pages of legislation ahead of this weekend's votes. Once the Senate votes to begin debate on the bill, lawmakers will have the opportunity to offer an unlimited number of amendments, a cumbersome and time-consuming process.

Here's what's in the bill from the Democrats' top-line priorities: the economy, the environment and health care.

The new proposal will invest $300 billion in "deficit reduction," backers say, by making the "biggest corporations and ultra-wealthy pay their fair share," and by providing funds to enhance IRS tax enforcement.

But some of Democrats' most ambitious efforts to tax the ultra wealthy were sidelined by Sinema's insistence that so-called "carried interest" tax breaks for wealthy hedge fund managers and private equity executives be retained.

The original bill aimed to close this carried interest loophole by extending the holding period and therefore forcing investors to hold onto assets for longer -- a move Wall Street has adamantly fought.

Sinema sought changes to the Inflation Reduction Act specifically for the removal of the "carried interest" loophole provision.

"Sen. Sinema said she would not vote for the bill, not even move to proceed, unless we took it out. So we had no choice," Schumer said during a press conference on Friday.

In her statement Thursday evening, Sinema left the door open to future discussions on modifying the carried interest tax.

"Following this effort, I look forward to working with Senator Mark Warner to enact carried interest tax reforms, protecting investments in America's economy and encouraging continued growth while closing the most egregious loopholes that some abuse to avoid paying taxes," she said in a statement Thursday night.

Changes to secure Sinema's backing also included the lessening of a proposed 15% corporate minimum tax by preserving the ability of manufacturers to quickly deduct capital purchases. Proposed changes to depreciation policies had some Republicans concerned that the IRA would disproportionately hit manufactures.

"We remain skeptical and will be reviewing the revised legislation carefully," National Association of Manufacturers President and CEO Jay Timmons said in a statement. "We cannot afford to undermine manufacturing competitiveness."

But while Democrats took a loss in revenue to meet Sinema's demands, they made up for it with the addition of a provision aimed at investors -- a new 1% excise tax on stock buybacks that would make companies pay on the amount of stock that they repurchase.

Schumer has said that this excise tax would ensure that the package still reduces the federal deficit by as much as $300 billion, the same amount Democrats aimed for in the original deal and a key priority for Manchin.

"We're adding in an excise tax on stock buy backs that will bring in $74 billion," Schumer said.

Most of the $369 billion the Inflation Reduction Act would spend on climate would go to renewable energy tax credits that would prop up clean energy technology such as carbon capture, hydrogen, renewables and energy storage. The climate provisions would also provide consumer tax credits for "home energy efficiency improvements" and for the purchase of clean vehicles.

Backers say the package would cut about 40% of the country's carbon emissions by 2030.

The bill includes a methane emissions reduction program, an array of reforms that would have a dramatic impact on both the onshore and offshore federal oil and gas royalty rates and undo a 10-year moratorium on offshore wind leasing established by former President Donald Trump, among other provisions.

Sinema sought a $5 billion boost to the bill's spending on drought resiliency funding in addition to the $575 million already written in the bill that would go to the Bureau of Reclamation for drought response and preparedness and $13 million for drought relief for tribes.

On Friday, Sinema's Arizona colleague Mark Kelly announced a deal to include $4 billion in resources to combat draught in the western U.S. in the bill.

Aside from climate spending, the reconciliation bill also would allocate $64 billion to extend expiring Affordable Care Act subsidies by three years, through 2025.

It also aims to chip away at a long-held Democratic goal of lowering prescription drug prices for seniors by allowing Medicare to negotiate drug prices directly.

"The new negotiation policy will ensure that patients with Medicare get the best deal possible on high-priced drugs and pay cost-sharing for those drugs based on the Medicare negotiated price," according to the bill's summary.

The bill would also cap out-of-pocket costs at $2,000 for those who use Medicare drug plans, with the option to break that amount into affordable monthly payments. Currently, no cap exists.

It would also impose penalties on drug companies if they increase their prices faster than inflation, which would incentivize them to keep prices down and expand premium and co-pay assistance on prescription drugs for low-income individuals.

"While we're not there yet, we're on the cusp of passing the most important step we can pass to take -- help Congress to help us lower inflation, the Inflation Reduction Act," Biden said in remarks at the White House on Friday, touting healthcare wins for Democrats, among the other climate and tax victories. 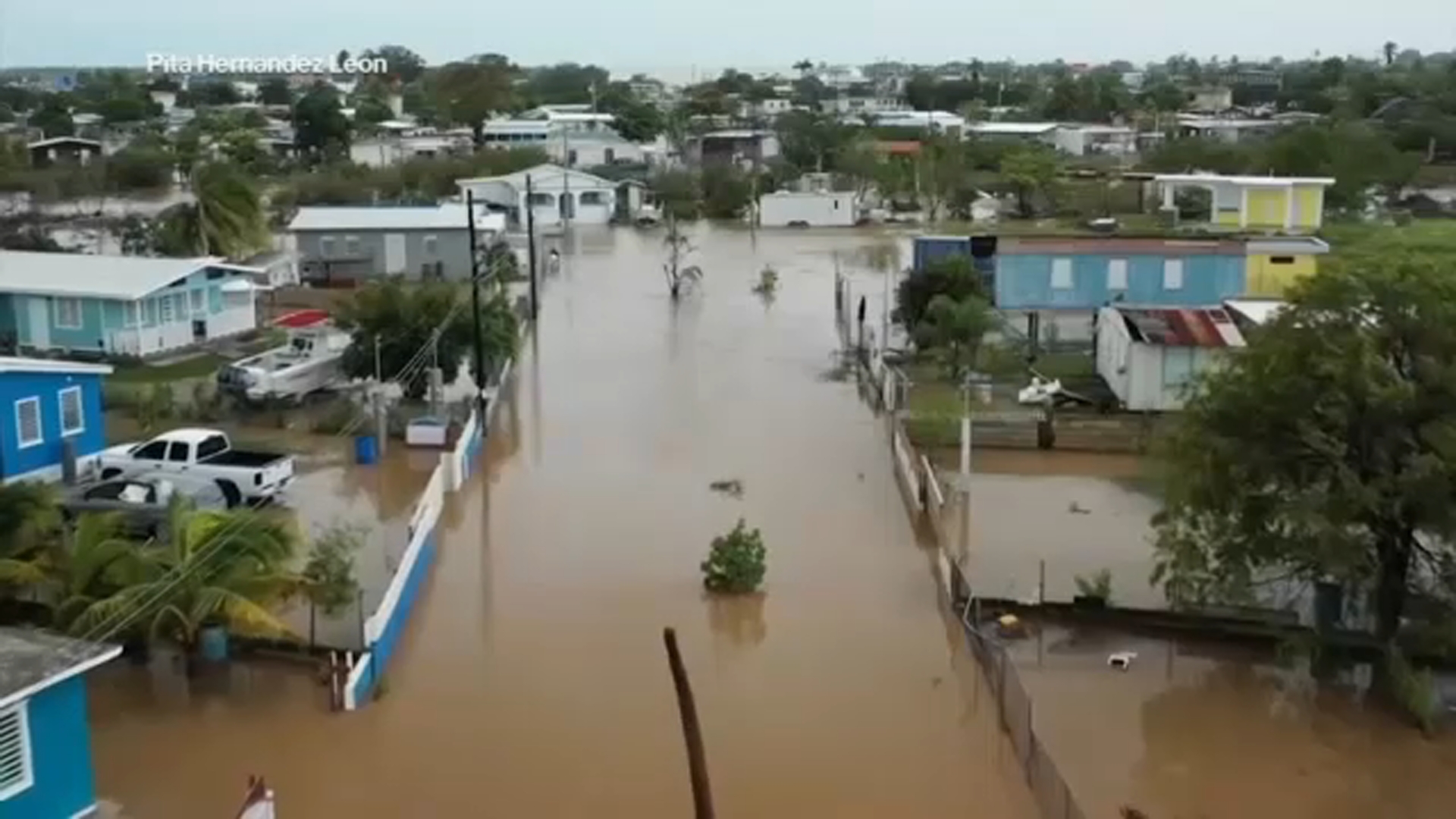