I-Team: 185,000 insurance claims filed after Florence - with many more to come 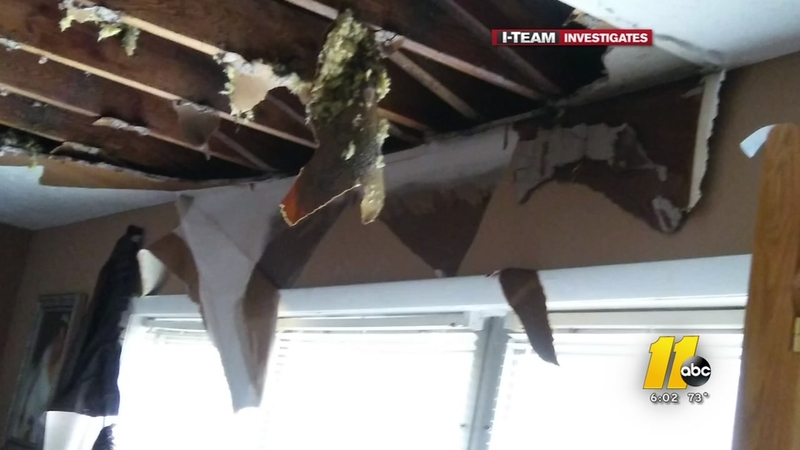 RALEIGH, N.C. (WTVD) -- North Carolina's top insurance regulator is urging victims of Hurricane Florence to swiftly file their insurance claims to avoid being left in the back of a line that's growing exponentially every day.

"The message is - do not procrastinate," Insurance Commissioner Mike Causey told the ABC11 I-Team. "We don't know how many claims each insurance company may have to process."

Causey's office at the North Carolina Department of Insurance is reporting upward of 185,000 claims related to Hurricane Florence have already been filed with private insurance companies such as State Farm or USAA; at least 80,000 have been filed with the Federal Emergency Management Agency (FEMA). The office also estimates 10,000 insurance adjusters and inspectors will arrive in the state this week.

RELATED: What you need to know to apply for assistance from FEMA

"You can never take too many pictures," Causey said, and he added that both FEMA and private insurers will require substantial itemized documentation and photographs of any sustained damage. The warning against procrastinating also applies here too, he said, because there are inherent health risks of keeping a damaged home "as is" while waiting for an adjuster.

"You want to get the carpets, rugs, upholstered furniture out of the house. It contains bacteria, contamination, mold, mildew," he warned.

Figures obtained by the I-Team from Hurricane Matthew show more than $195 million in flood insurance payouts by October 2017 - within one year of the storm - but there were only about 5,793 flood insurance claims. When it came to public assistance, though, 81,979 North Carolina residents registered with FEMA for disaster assistance.

Causey said the discrepancy is jarring and is indicative of the fact that 97 percent of North Carolinians do not purchase flood insurance, including tens of thousands who live along the Pamlico Sound, the Atlantic Coast, or anyone within floodplains.