'We all need a voice:' Domestic violence advocates, survivors march in downtown Raleigh 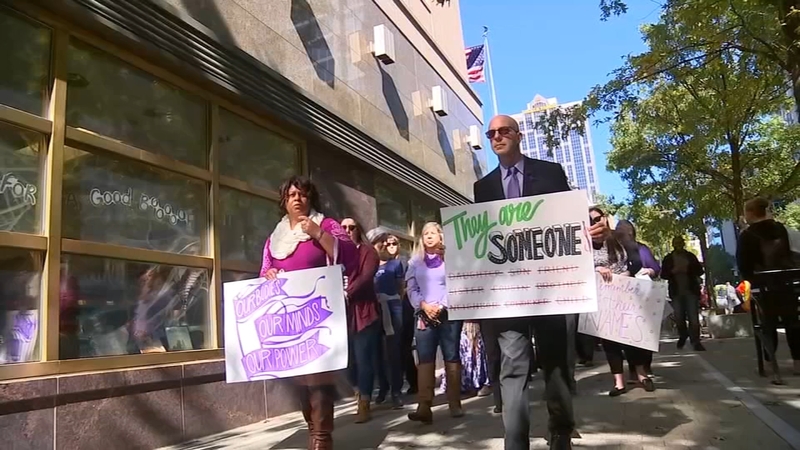 'We all need a voice': Domestic violence advocates, survivors march in downtown Raleigh

The North Carolina Coalition Against Domestic Violence reports there have been 47 domestic-violence related homicides statewide through late September.

"What I think is missing is the general population hears about someone in danger - their friend, their family member - but they don't really know what to do. So how can we change that across the masses," said Barry Bryant, the Chair of the Wake County Domestic Violence Fatality Review Team. Wake County is one of a handful of counties in the state with this review team.

LaTonya Allen, a domestic violence survivor, shared why it was important for her to speak out.

"We all need a voice to this. And I stand here, I refuse to be sad or broken. And I just want to stand for the ones that are going through this and have lost family members through domestic violence, and I just want to be that voice and bring awareness to this issue," said Allen.

On April 9, 2014, Allen's estranged husband Nathan Holden shot and killed both her parents, before he shot and beat her with their children in the house.
"(There are) so many (people) out there living in silence," said Allen.

"We added some more officers to (investigate domestic violence cases). We also brought the victim's services side of things that had kind of faded off," said Baker, who committed to providing help after the initial incident.