Public speaks out on makeover of Interstate 440 in Raleigh 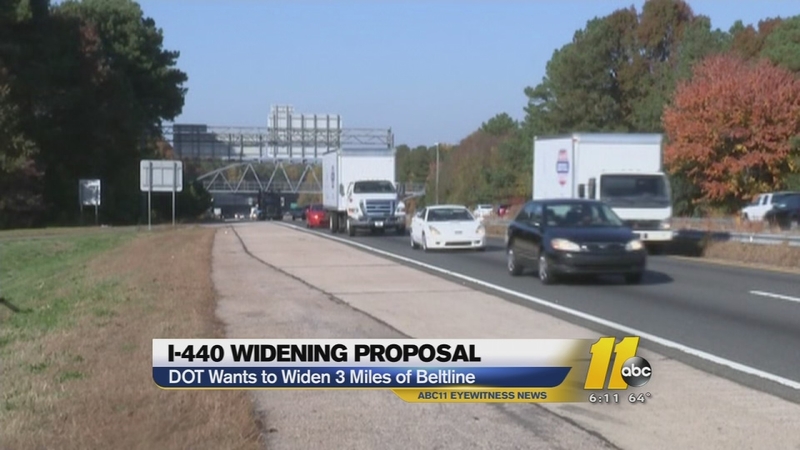 RALEIGH (WTVD) -- The North Carolina Department of Transportation is ramping up discussions to widen Interstate 440 between Wade Avenue in west Raleigh and Walnut Street in Cary.

The three-mile stretch continues to be the source of bottlenecks - mainly because it only has two lanes in each direction compared to three on other stretches of the highway.

NCDOT spokesman Steve Abbott said the stretch was the first portion of I-440 completed in the 1960s and was not designed to handle the approximately 80,000 vehicles that travel on it daily.

Work on the project wouldn't start until 2018, which would be after the DOT completes work on I-40 known as the "Fortify" project.

Abbott said the DOT plans to keep traffic delays to a minimum when work begins.

"The goal is to maintain two lanes of traffic through the construction zone the whole time," he said. "Except for nights and weekends - there might be some lane closures."