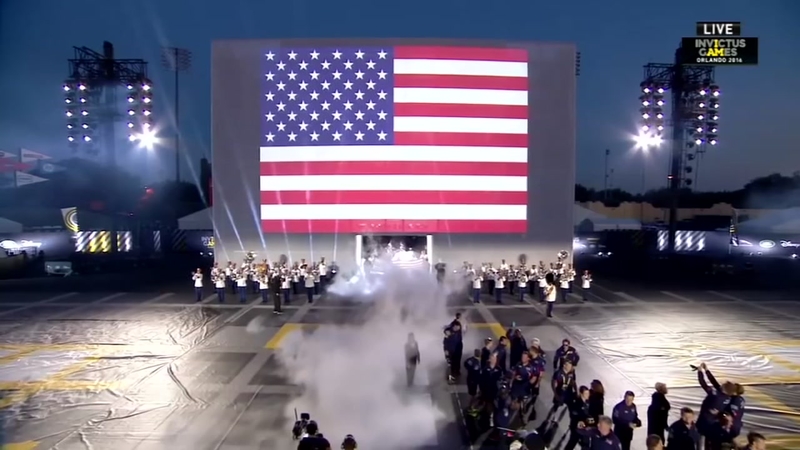 "The games are just fun -- it's awesome," said Staff Sgt. Tim Payne, who lives in Raleigh. "It's awesome. It's the only opportunity where you can meet multi-nationals from so many different countries."

Prince Harry came up with the idea for the games in 2013: they bring together wounded and injured veterans from 18 nations to compete in their own 'Olympics."

Meet the wounded warriors from our competing in the @InvictusSydney games this week and hear their incredible stories at 11 #ABC11 #InvictusGames pic.twitter.com/2FgjaSWWz2

"They mean a lot to me," said Staff Sgt. Michael Kacer, who lives in Cary. "I compete in the Paralympics in taekwondo. I travel the world and through these games, I've been able to build relationships not just with other athletes."

Payne said he got involved with adaptive sports because he was "going through a really tough time." He lost both his legs to an IED in Afghanistan in 2011.

"My left leg exploded like a firecracker," Payne said, who is participating in his second Invictus Games. "It looked like a hot dog left in the microwave too long."

You’ll want to see the two staff sergeants we interviewed tonight who are competing in the @InvictusSydney games this week. So inspiring. They live here in wake county. #ABC11 pic.twitter.com/TmvTSB6KVP

Kacer is a left-elbow amputee and a traumatic brain survivor -- he suffered those injuries following an explosion in Afghanistan in 2008.

"My deployment to Afghanistan was supposed to be 12 months and it ended up being six-and-a-half months when I got hit by a 110 Chinese rocket," Kacer said. "It landed 10 feet to the left of me, I had an ear-to-ear fracture in 24 different places among other injuries."

What an awesome story. Got to talk to two staff sergeants from wake county participating in the @InvictusSydney games this week. #abc11 #InvictusGames pic.twitter.com/NMTPGhRwqG

So far Kacer has competed in both rowing events as well as a variety of swimming and tracks events along with the shot put, discus and long jump. This is the third time he's been a part of the games.

"I'm just trying to live a life of paying it forward," he said. "I honestly believe if you live a good life, you get everything in return. You can't turn a blind eye or a shoulder on any person because you don't know what people are going through. I might not have lived the greatest life in my past life but in this second coming and in this second chance, I'm really just trying to make the bets of the and that was dealt."

Kacer is studying at NC Central to become a physical education teacher.