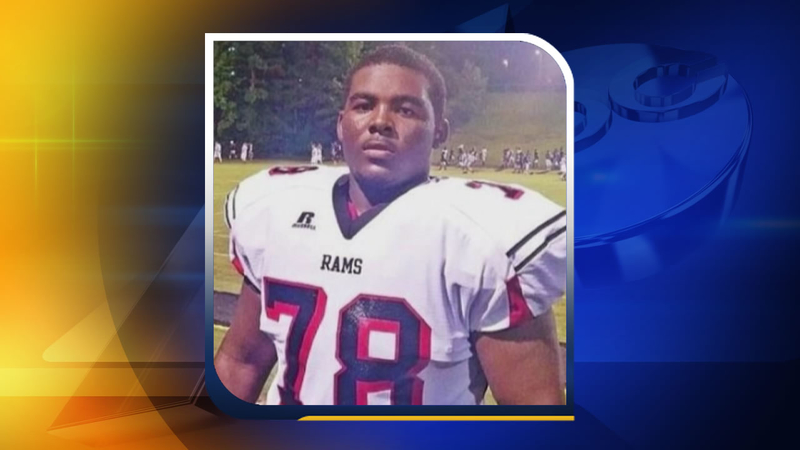 RALEIGH (WTVD) -- Isaiah Langston was loved by many people, especially the hundreds of mourners who paid their final respects at his funeral on Saturday.

A long line of students, relatives and people who had heard about the Rolesville High football player who collapsed on the field last Friday filed past his casket. Members of his team entered the sanctuary of the Raleigh North Christian Center wearing their red jerseys.

On the night before his funeral, those athletes and everyone who attended the scheduled Rolesville football game observed a moment of silence before releasing balloons toward heaven.

His grieving family appreciates that symbolic support, as well as the huge turnout for his homegoing service. His cousin Ella Flanagan told ABC11, "You can see by all the love and affection that he has from classmates and family that he was one of those kids that was a standout."

Langston, 17, died after spending days in the hospital, on life support.

No word yet about what caused his death, but his brother told ABC11 that it was related to a blood clot in the brain.

"An apple has been plucked from our tree that we will greatly miss," said his cousin.

Langston is buried at the Smith Family Cemetery on Old Mount Olive Highway in Dudley.

Click here to donate to the fund set up for funeral and medical expenses for the family.