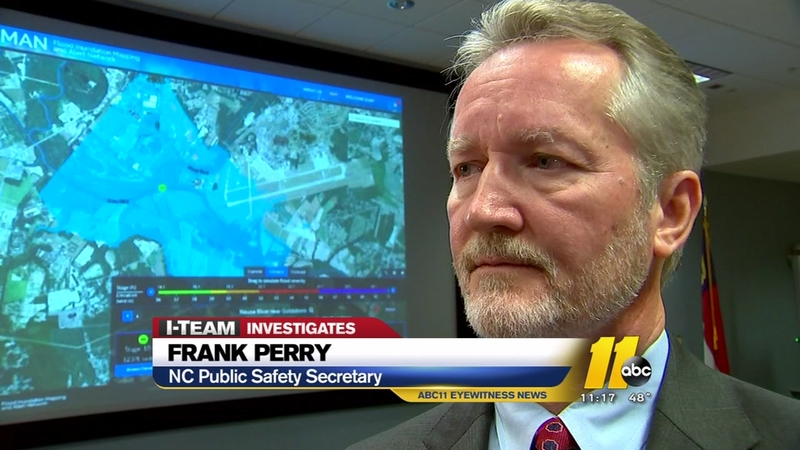 RALEIGH (WTVD) -- The Department of Homeland Security has released a new terrorism warning focused on the upcoming holiday period. The bulletin says terrorists could try to target "public events and places where people congregate." The bulletin adds, DHS knows of "no intelligence that's both specific and credible."

North Carolina's Homeland Security advisor tells the ABC11 I-Team that the threat of terrorism is as bad as it has ever been.

Frank Perry is North Carolina's Public Safety Secretary. He gets classified briefings from the Department of Homeland Security. He echoes the concern in Washington about the potential of terrorism attacks, resulting from the effort to dislodge ISIS militants from the Iraqi city of Mosul.

Perry tells the I-Team that active ISIS members are in North Carolina, and he is concerned about their willingness to act out.

The I-Team also discovered a robust system to prevent terrorist attacks. Perry says North Carolina has one of the top three terrorism-prevention programs in the country.

Perry points to the August 2016 arrest of Erick Jamal Hendricks, in Charlotte, as an example. The FBI says an undercover investigation revealed Hendricks had a plan for recruiting, training and directing ISIS terrorists to launch attacks in the United States.

"We have to listen to the enemy," Perry said. "They're telling us in many cases what they're doing, they're just not telling us when and how."

Perry is concerned about specific targets, such as financial institutions, government buildings, military bases and the utilities industry.

He says history is his primary cause for concern.

"Every major international terrorism attack in this country has had a North Carolina tie," Perry told the I-Team.

Perry is also concerned about the "dark web," where terrorists communicate using encryption.

He has directed his North Carolina counter-terrorism staff to focus on this elusive manner of terrorist communication.

"Law enforcement and the intelligence community and the military have to become even better at counter-encryption," Perry said.