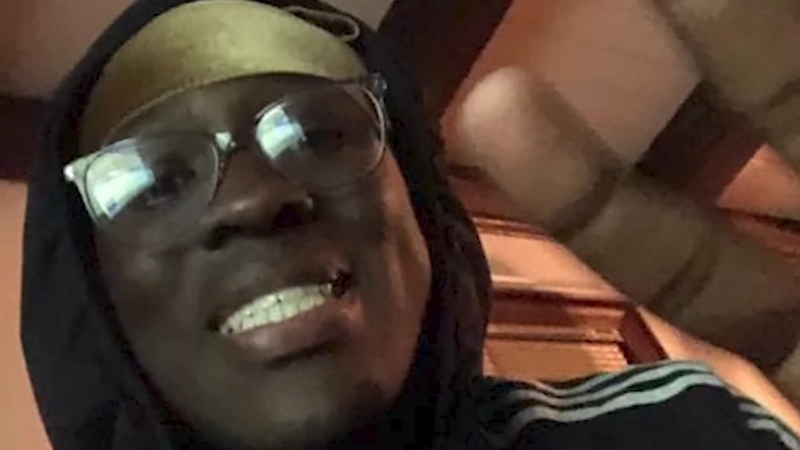 ERWIN, N.C. (WTVD) -- A Clinton High School student that was shot and killed at a Dunn Cook Out on Valentine's Day was laid to rest on Saturday afternoon.

More than a thousand people were in attendance for 16-year-old Jaheim Currie's funeral service at Cape Fear Conference A Headquarters in Erwin.

On Feb. 14, Dunn Police say a fight broke out in a Cook Out location, spilling out into the parking lot.

Moments later, shots were fired and Jaheim was found wounded in the parking lot.

RELATED: Second arrest made in fatal shooting at Dunn Cook Out

Family members say Jaheim was helping people get to safety when he was shot and killed.

"It was unbelievable, I didn't believe it," Jaheim's cousin, Maurice Staton, said about the tragic day.

Community members from several cities, including Clinton, Dunn, and Erwin, showed up to be a support for the Currie family.

"It's a tough time for us right now," Staton said. But, you know, through it all, with God, prayers, and reaching out from Clinton High School, Harnett County High School, people showing us support, we can really appreciate that."
Staton said he watched Jaheim grow up and become a responsible young man. He described the teenager as a positive, respectful person that always had a smile on his face.

"What this world is missing is a great angel that would pour out to his neighbor or would give the man the shirt off his back," Staton said.

Staton says that Jaheim dreamed of playing in the NFL, but he first had his eyes on a prize a little closer to home.

"Jaheim was in the process of working hard, getting right. Trying to win a state championship for the Clinton Dark Horses," Staton said.

Jaheim wore the number "42" and played linebacker and defensive end.