'Part of me is just in shock:' Raleigh teachers, teammates react to death of former student shot, killed in Greensboro 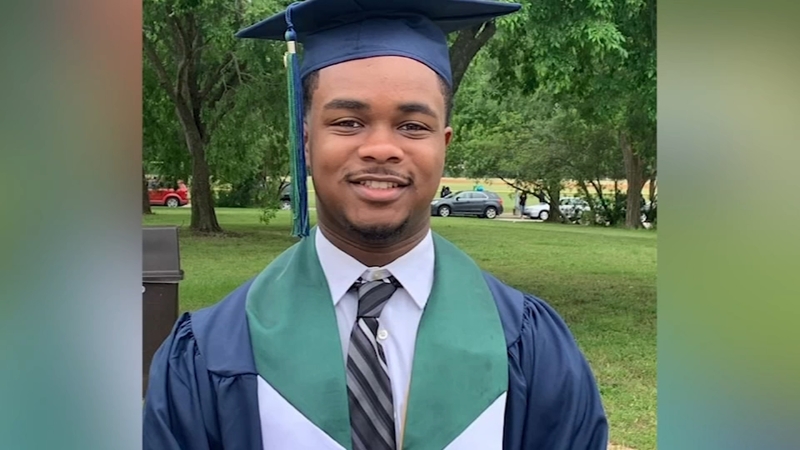 RALEIGH, N.C. (WTVD) -- People at Southeast Raleigh Magnet High School are grieving the sudden loss of Jalen Dunston, a former classmate who was shot and killed while away at college in Greensboro.

Dunston had just turned 18 years old and was away at college when he was shot and killed.

Dunston's former classmates and teachers are stunned as his death remains under investigation.

"It's just crazy that so many people cared about him. He touched so many lives," said Zayvion Cartwright.

"He was just a loving friend. A heartwarming friend. You needed him, he would be there for you," said Martin.

The 18-year-old was found shot multiple times, just a few blocks away from North Carolina A&T, where the freshman was studying to become a nurse.

'My soul is going to hurt for the rest of my life': NC A&T nursing student from Raleigh killed in Greensboro shooting
EMBED More News Videos

The North Carolina A&T University community is mourning the loss of an 18-year-old nursing student from Raleigh who was killed in an overnight shooting in Greensboro.

First responders were unable to revive him.

Zayvion, who also attends A&T, said he had just spoken to Jalen a few hours earlier before receiving a text that his friend was dead.

Their future plans included working together in sport medicine.

"We wanted to start our own business together," said Cartwright. "Two Black males go and be something in this world and be an inspiration to other people that are coming up behind us."

Jalen's former teachers said the teenager was a role model, had an incredible personality and was always willing to help others.

"A very likable and lovable young man. It was very easy to love him because of the kind of person he was," said Elizabeth Gary, a health and physical education teacher at Southeast Raleigh Magnet High.

"I think a part of me is just in shock," said Gary.

Greensboro Police are not saying what led up to the shooting or if Jalen was the intended target. Marque Carrington was Jalen's weightlifting teacher. He believes the shooting was random.

"By no means was that kid involved in anything crazy, like he was a good kid. Either he was trying to help somebody, or he was just at the wrong place at the wrong time," said Carrington.

In an exclusive interview, Jalen's mother Erika Jones told ABC11 on Sunday that her son was attending an outdoor party near campus when he was hit by random gunfire.

"There were shell casings everywhere," Jones said. "When everyone started shooting, everyone ran in all different ways from the backyard."

"That's the only thing giving me peace right now cause I know he is in a better place," said his mother. "My soul is going to hurt for the rest of my life."

Jalen's funeral is still being arranged. A second person was also wounded and remains in the hospital