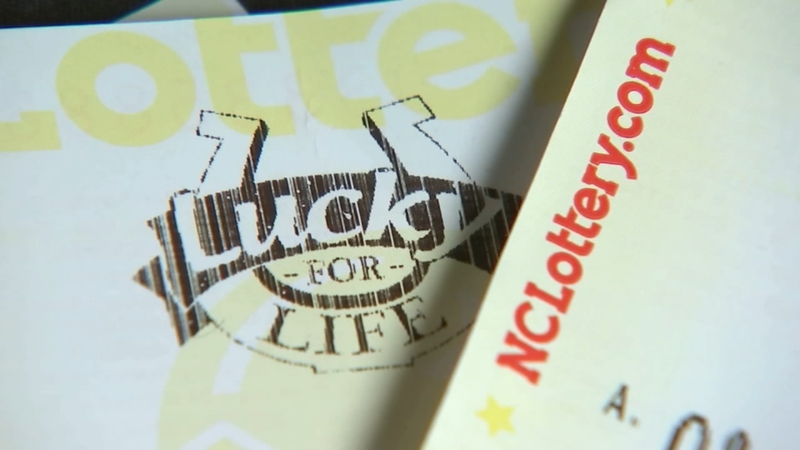 CHARLOTTE, North Carolina -- A woman is suing after she claims her girlfriend stole her winning lottery ticket and claimed it for herself.

In her lawsuit, Jasmine Watkins claims she bought several lottery tickets from a convenience store and used the small winnings to purchase the ticket in question.

She also claims there's surveillance video of her buying it.

Watkins says she gave the tickets to her girlfriend to hold and when they realized she won, they made plans to go to Raleigh together to claim her prize.

According to Watkins, her now ex-girlfriend just took her ticket, went to Raleigh and claimed the prize for herself.
The North Carolina Education Lottery Commission told WSOC the commission received a claim for a winning Lucky for Life ticket and "the claim was under review when the lottery learned there was a legal dispute over who the owner of the winning ticket is."

The representative said the commission will follow the court's direction and has not yet given out those winnings.

According to the lawsuit, the woman was at the store when Watkins bought the ticket, and they both bought other lottery tickets that day.

One man doesn't want anyone to know he's a new millionaire.

An Australian man won the lottery twice in one drawing by accidentally purchasing an identical ticket.