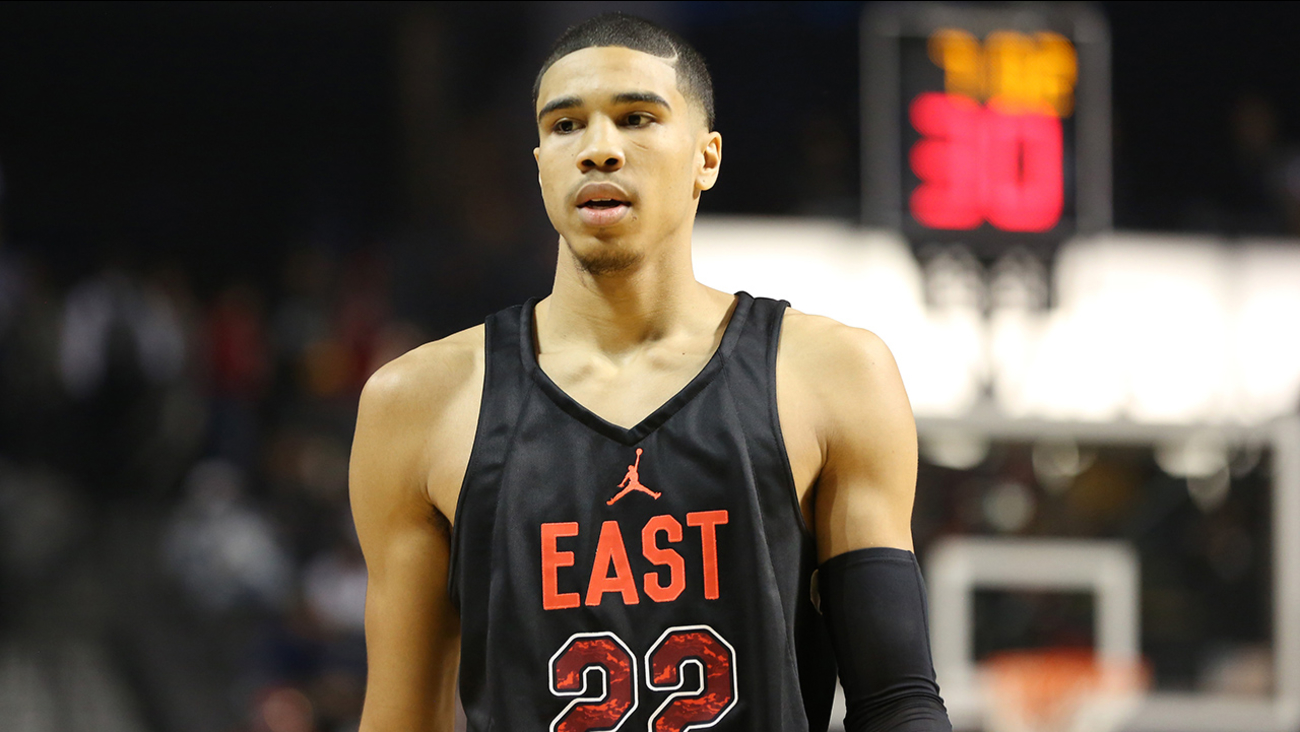 The East team's Jayson Tatum #22 in action against the West team during a high school basketball game in the Jordan Brand Classic on Friday, April 15, 2016 in Brooklyn, NY. (Gregory Payan)

Blue Devils spokesman Cory Walton confirmed to ESPN that Tatum, ranked second in the freshman class behind teammate Harry Giles, is being evaluated.

Multiple sources told ESPN that Tatum suffered a foot injury and had to be helped off the court. The severity of the injury remains unclear.

"He was terrific," one NBA executive told ESPN. "Right now, he's certainly in the mix for the No. 1 overall pick."

"He's so smooth and polished," said another.

Tatum was slated to start for coach Mike Krzyzewski and the Blue Devils, who will likely go into the season without Giles, who is recovering from knee surgery. Giles missed his sophomore and senior seasons in high school due to knee injuries, but this last surgery -- performed just a few weeks ago -- is likely to keep him off the court for the beginning of the regular season.

Duke is the clear-cut preseason favorite to win the national championship this season, but without a healthy Giles and Tatum the gap would certainly be closed between the Blue Devils and teams such as Kansas, Kentucky and defending national champion Villanova.