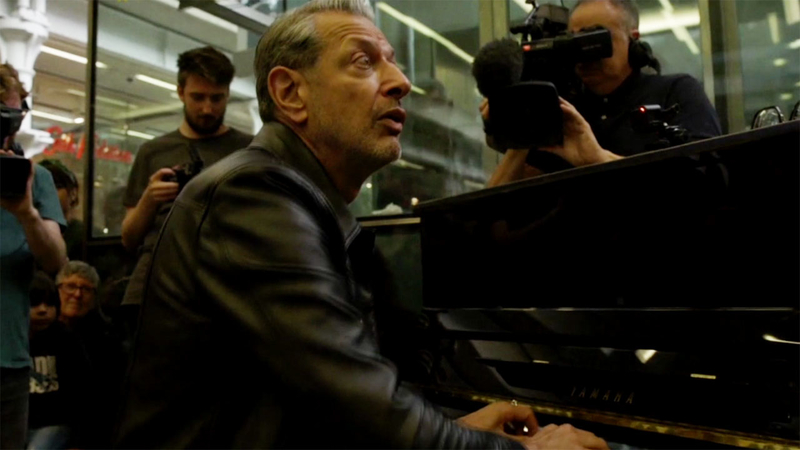 LONDON -- Actor Jeff Goldblum delighted fans in London when he tickled the ivories during a concert at St. Pancras station Wednesday.

Goldblum planned the concert ahead of the Nov. 9 release of his debut album, "The Capitol Studios Sessions." The 14-track LP, recorded with Goldblum's longtime band The Mildred Snitzer Orchestra, features performances from Imelda May and Sarah Silverman.

The "Jurassic World" star has been playing the piano since he was a child and hosts a weekly jazz review in Los Angeles.

The 25-foot statue, depicting the actor in the reclining pose he made famous in "Jurassic Park," is meant to mark that film's 25th anniversary.