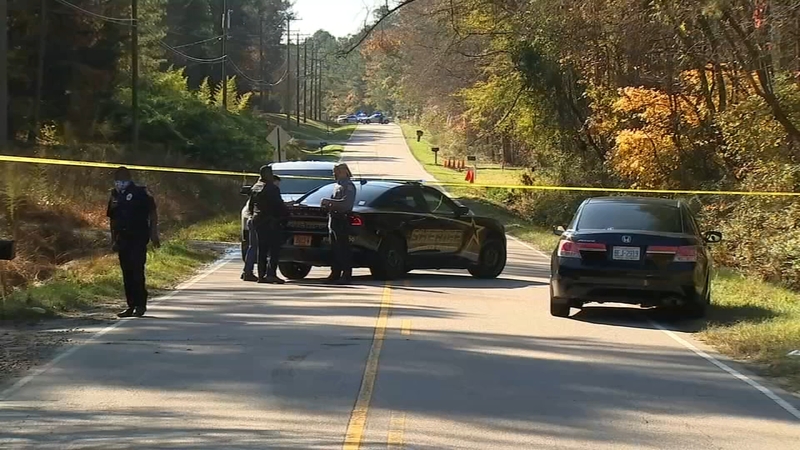 DURHAM, N.C. (WTVD) -- Durham County Sheriff's Office and other agencies have issued a Blue Alert in their search for a Black Acura with a North Carolina Temporary Tag on Wednesday.

The car is believed to belong to Jerry Lamont Harris Jr., who is wanted in connection with a Nov. 14 incident where shots were fired into an off-duty deputy's car at the intersection of N. Mineral Springs Road and Stallings Road. The deputy's injuries were not considered life-threatening.

The Durham County Sheriff's Office said the off-duty deputy was traveling in his own vehicle when a silver sedan with an unknown number of occupants fired several shots into the deputy's car. That sedan was later identified as a Hyundai Sonata.

The year and model of the Acura being searched for is unknown.

Another man, Armand Lewis-Langston, has already been arrested in connection with the shooting.

Harris, 26, was last seen wearing a black hoodie. He is wanted on charges of attempted murder, assault with a deadly weapon with intent to kill, and conspiracy. Durham County deputies consider Harris "armed and extremely dangerous."

A Blue Alert is sent out to warn the community about threats to law enforcement and notify the public about a search for a suspect. If you see a black Acura, you're asked to call *HP.
Report a correction or typo
Related topics:
durhamdurham countyshootingdeputy involved shootingdurham county news
Copyright © 2021 WTVD-TV. All Rights Reserved.
More Videos
From CNN Newsource affiliates
TOP STORIES