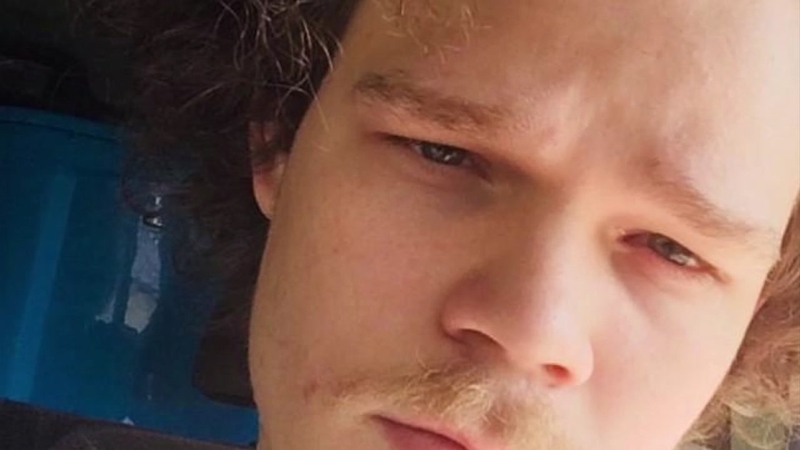 FAYETTEVILLE, N.C. (WTVD) -- The family of 19-year-old Jesse Adams is distraught after he was struck and killed on his walk home from work last week.

The State Highway Patrol said Adams was walking home on Gillespie Street in Cumberland County when he was hit by a driver who kept going. The family is pleading with that driver to turn himself in.

"You're going to get caught. I know some things that you don't. Turn yourself in and admit that this was an accident and you were scared," said David Adams, the victim's father. "My daughter came back and told me her and my wife found him on the side of the road. My life ain't been the same since."

“We think the person who did this should pay for what they did.” The family of Jesse Adams had these shirts made in hopes of finding who struck and killed the 19 year old as he walked home along Gillepsie street. #ABC11 pic.twitter.com/u1xXdbda6V

Jesse Adams had big dreams. His family told ABC11 he helped keep his family afloat by working and carrying some of the financial load. He also wanted to be an engineer.

"That ain't going to happen now," said Adams. "My son did not deserve this. Turn yourself in."

If you would like to donate to the family for funeral and other expenses, click here
Report a correction or typo
Related topics:
cumberland countyfayettevillehit and runpedestrian killed
Copyright © 2021 WTVD-TV. All Rights Reserved.
More Videos
From CNN Newsource affiliates
TOP STORIES