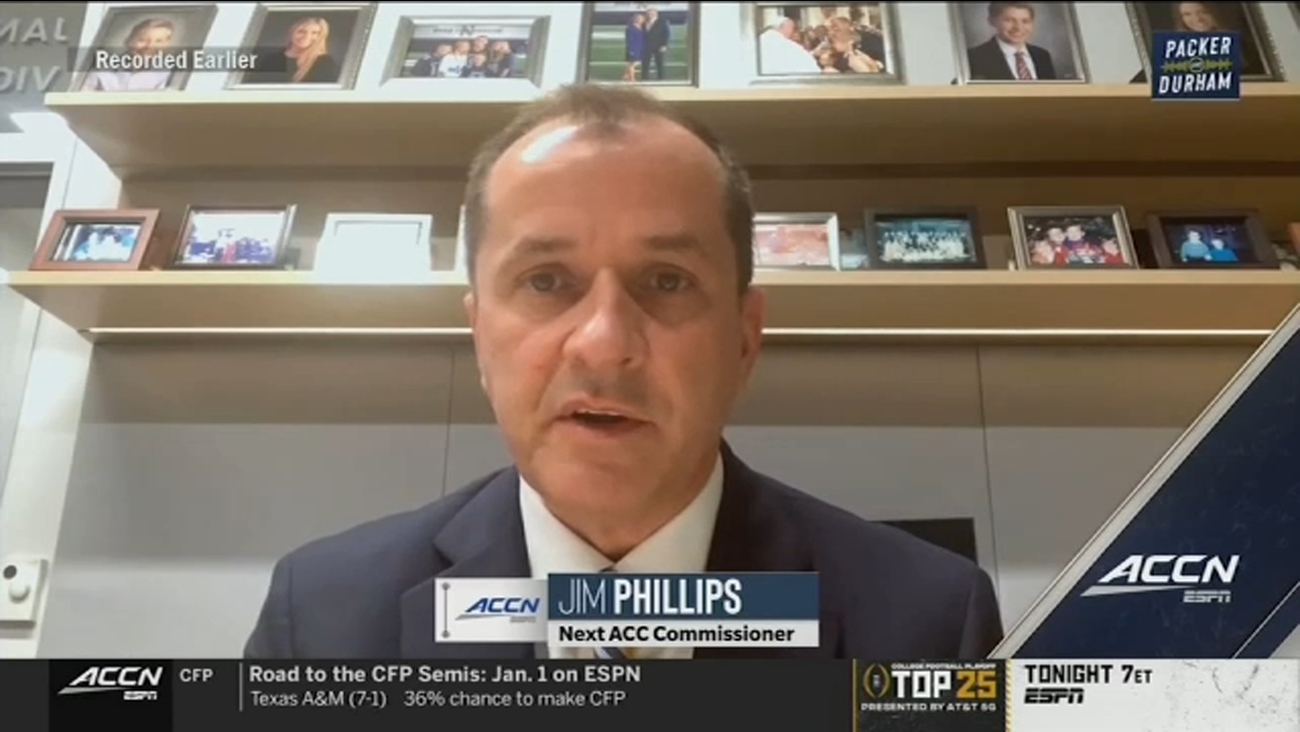 After a quarter century the ACC will soon have new leadership. Jim Phillips is currently the athletic director at Northwestern but takes over for John Swofford in February of 2021.

In the meantime he gave his first interview today to - surprise, surprise - the ACC network.

"This is a dream opportunity for my family and I," said Phillips.

Phillips is about as Midwest as it gets but the chance to succeed John Swofford in the ACC was just too much to turn down.

"(He) has been the gold standard of commissioners to me across the country. 32 conferences, 5 power five conferences and John's been right at the top and he leaves a legacy. Those are huge shoes to fill," said Phillips.

There will be some cultural adjustments to be sure both professionally and personally.

Philips though is ready to learn and to lead. It's both the existing excellence and the potential of the ACC that drew him in.

"I just think the ACC represents what's right in college sports. Again, these incredible institutions based on academics. Research one institution, medical centers attached to the institutions and then competition at the highest level and I'm just going to say, the ACC doesn't play second fiddle to any conference in the country," said Phillips.

While a vigorous defender of the overall merits of the amateur college system, the ACC's new boss sees his primary role as serving the league's athletes in the years ahead.

"We have social justice issues. We have the name image and likeness. We have some of those issues that we have to get clarity on but at the end of the day, it's about providing them that world class experience academically," said Phillips. "That socially they have a chance to grow in the things that they want to do and then athletically winning and competing for championships. This is as good of a conference as there is."