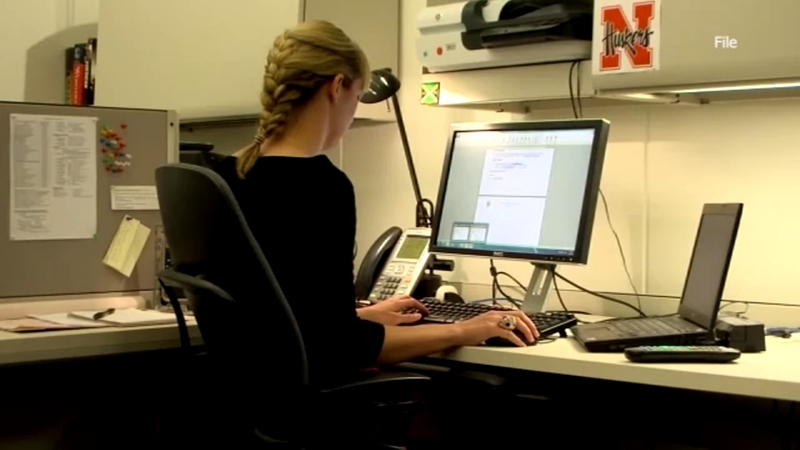 RALEIGH, N.C. (WTVD) -- A strong January jobs report and improving COVID-19 metrics are encouraging signs of an economic rebound, even as the unemployment rate of 4% remains above pre-pandemic levels. However, despite plenty of businesses looking to hire, some prospective employees face challenges in finding employment.

This is especially true for a number of women who left the workforce during the pandemic for a variety of reasons, including caring for family. Lisa Atwa, a psychiatric nurse practitioner, did so to watch after her two young grandchildren.

"There's really no time to look and follow up and do all the things a person has to do to secure employment. Recently I lost an opportunity at a facility doing telehealth where I really wanted to work because I was not able to set up the second interview in time," Atwa said.

While the plan was initially supposed to be temporary, it's extended because of issues with her grandchild's schooling.

"My 3-year-old granddaughter was in a school that completely closed its doors. Subsequently, she attended a different pre-school, which was closed for a while, and then they announced with no notice that they were closing for six months," Atwa said.

She remains hopeful she'll find an opportunity soon, noting there are openings in her field.

"I enjoy working. Not only that, I feel that our financial situation isn't so robust that I can really afford not to work," Atwa said, and she added that the importance of providing mental health support to the community has taken greater meaning during the past two years.

Sandra King, a single mother, has worked on and off during the pandemic, taking time off to help her son adjust to virtual learning.

"When the pandemic started, my son was finishing 10th grade. And his 11th-grade was just interrupted. He struggles with focus, and you create these plans, but once you initiate it, you never know what happens. So his schooling was interrupted just like everyone else's during the pandemic. It was rough to go virtual," said King.

Despite women being more likely to have a college degree, the Bureau of Labor Statistics reported in January 2021, only 58% of women aged 20 and older are in the workforce, compared to 70% of men. Among those not in the workforce, women were nearly three times as more likely to cite "family responsibilities" as the reason why compared to men, a gap which has grown substantially in the past year.

King, who has a background in the medical and science fields, explained she's struggled to secure a job that matches her background, with many offerings at an entry-level.

"Finding a job which I'm qualified for with the potential to earn the income that I should, I'm not there at all," said King.

She said she believes gaps in her resume and her age are additional barriers and is exploring entrepreneurship.

"I have more time to either explore other ideas (such as) having my own business, or just more training," King said.

"With every recession, you have a situation where people leave the workforce. They then, because the need to create income, become entrepreneurs," said Dr. Henry McKoy, the NC Central Director of Entrepreneurship.

While that's a potential silver lining to employment challenges, McKoy highlighted the difficulties of people staying out of the workforce for prolonged periods of time.

"The question becomes whenever it's time to move back into the workforce, will these individuals have to upskill again? Will the jobs they knew before still be the same," McKoy said.

On a wider scale, a lack of participation in the workforce can exacerbate staffing shortages for businesses.

"It certainly has an impact on the overall economic engine when you cut down the income that's coming into a household, and that certainly has an impact on the broader consumer marketplace, which has ramifications. If you don't have as much money to spend, then that has impacts on the ability for corporations to grow and to hire and things of that nature, and then the question becomes: how long will this last?," said McKoy.