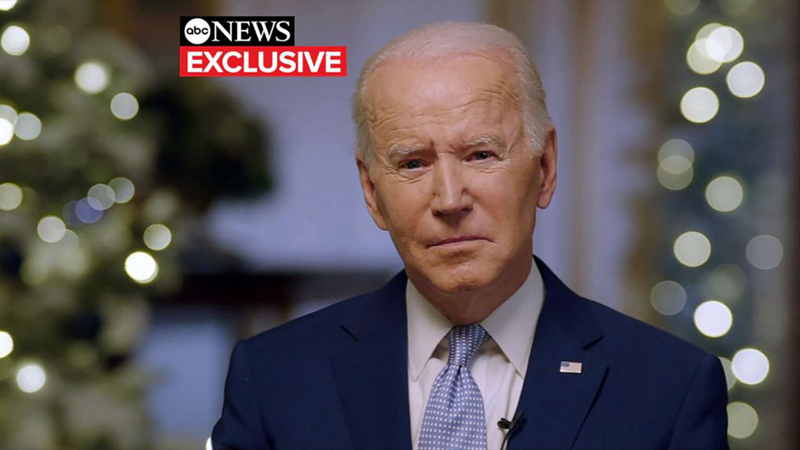 WASHINGTON -- President Joe Biden said Wednesday in an exclusive interview with ABC "World News Tonight" anchor David Muir that, "yes," he planned to run again in 2024 -- and if his predecessor, Donald Trump, runs, then it would "increase the prospect" even more.

"Do you plan to run for reelection?" Muir asked Biden during a sit-down interview at the White House.

"Yes," the president replied. "But look, I'm a great respecter of fate. Fate has intervened in my life many many times. If I'm in the health I'm in now -- from a good health. And, in fact, I would run again."

"And if that means a rematch against Donald Trump?" Muir asked. Trump, who served only one term, is eligible to run again in 2024.


"You're trying to tempt me now," Biden said, laughing. "Sure. Why would I not run against Donald Trump for the nominee? That'll increase the prospect of running."

Biden, at age 78, became the oldest person sworn in as president when he took office earlier this year, and questions about whether he would seek a second term have followed him throughout his presidency.