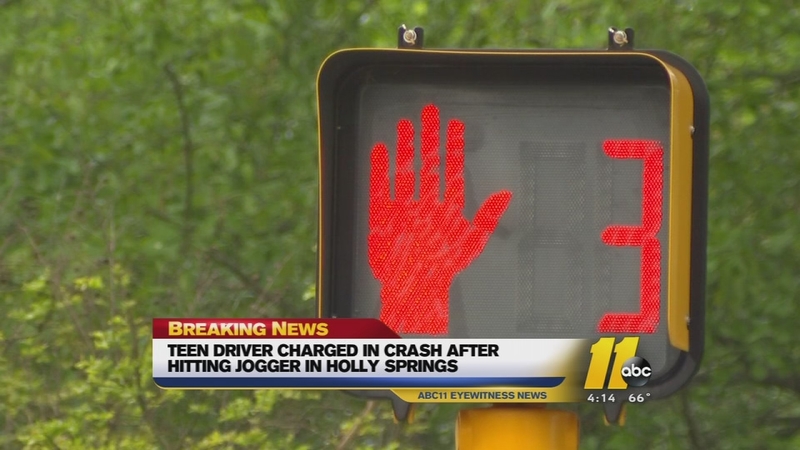 HOLLY SPRINGS, N.C. (WTVD) -- A man was seriously injured Monday morning after he was hit by a vehicle while jogging.

Holly Springs police said the 37-year-old Derek Davis was jogging with his wife around 6:30 a.m. at the intersection of Holly Springs Road and Linksland Drive when he was hit.

Davis was taken to WakeMed in Raleigh where he was last listed in critical condition. His wife was not injured.

Authorities said it appeared that the couple was attempting to cross Holly Springs Road at the crosswalk just as a student from Holly Springs High School was driving down the roadway.

The 18-year-old driver, Roberto Solis-Reyes, and an 17-year-old passenger in the car were not hurt.

Tuesday, Solis-Reyes was charged with running a red light, careless and reckless driving, failure to yield to a pedestrian in the crosswalk, and other charges.

He is scheduled to appear in court on May 19.