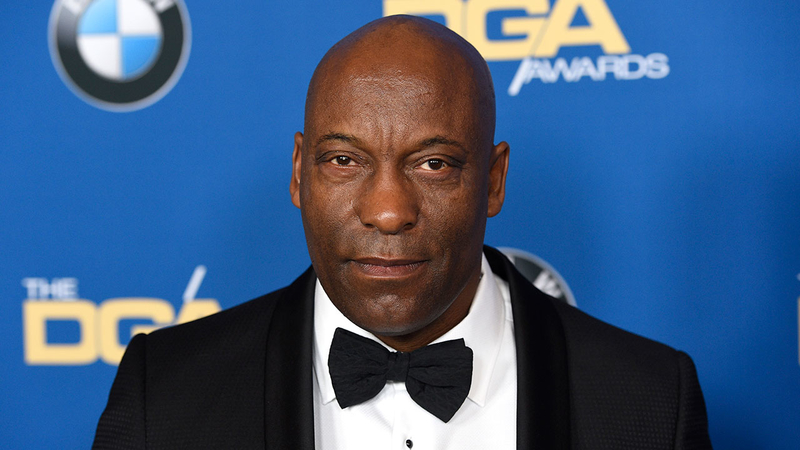 The family of John Singleton said the Oscar-nominated filmmaker has died after being taken off life support Monday, nearly two weeks after suffering a stroke.

"It is with heavy hearts we announce that our beloved son, father and friend, John Daniel Singleton will be taken off of life support today," read the statement. "This was an agonizing decision, one that our family made, over a number of days, with the careful counsel of John's doctors."

The 51-year-old director of "Boyz in the Hood," ''Poetic Justice" and other films has been in intensive care in a Los Angeles hospital since he had a stroke on April 17.

Singleton was in his early 20s, just out of the University of Southern California's School of Cinematic Arts, when he wrote, directed and produced "Boyz N the Hood." Based on Singleton's upbringing and shot in his old neighborhood, the low-budget production starred Cuba Gooding Jr. and Ice Cube and centered on three friends in South Central Los Angeles, where college aspirations competed with the pressures of gang life.

"Boyz N the Hood" was a critical and commercial hit, given a 20-minute standing ovation at the Cannes Film Festival and praised as a groundbreaking extension of rap to the big screen, a realistic and compassionate take on race, class, peer pressure and family. Singleton would later call it a "rap album on film."

For many, the 1991 release captured the explosive mood in Los Angeles in the months following the videotaped police beating of Rodney King. "Boyz N the Hood" also came out at a time when, thanks to the efforts to Spike Lee and others, black films were starting to get made by Hollywood after a long absence.

Singleton became the first black director to receive an Academy Award nomination, an honor he would say was compensation for the academy's snubbing Lee and "Do the Right Thing" two years earlier, and was nominated for best screenplay. "The Silence of the Lambs" won in both categories. At 24, he was also the youngest director nominee in Oscar history.

"I think I was living this film before I ever thought about making it," Singleton told Vice in 2016. "As I started to think about what I wanted to do with my life, and cinema became an option, it was just natural that this was probably gonna be my first film. In fact, when I applied to USC Film School they had a thing that asked you to write three ideas for films. And one of them was called Summer of '84, which was about growing up in South Central LA."

In 2002, "Boyz N the Hood' was added to the National Film Registry by the Library of Congress, which called it "an innovative look at life and the tough choices present for kids growing up in South Central Los Angeles."

As news that Singleton would be taken off life support circulated, many paid tribute to the director. Jordan Peele, the "Get Out" and "Us" director called him "a brave artist and a true inspiration."

"His vision changed everything," Peele said.

Earlier Monday, media reports surfaced that he had died. But publicist Shannon Barr refuted those rumors, saying he was still on life support.

Neil DeGrasse Tyson and Shonda Rhimes were among the public figures wishing him well over the weekend.

An occasion, perhaps, for the rest of us to be amazed that human physiology works at all. pic.twitter.com/x4H1iFjvZG

There was a time when I was struggling to pay my bills in film school and not sure this town was for me. And one day, not long after Boyz N The Hood exploded on the scene, my phone rang. It was John Singleton. John did not know me at all. But someone … https://t.co/GWpxRuuDVi pic.twitter.com/RfN3Giewm3

Actress Taraji P. Hensen wrote over the weekend on Instagram that she had visited Singleton.

Boyz N The Hood earned Singleton two Oscar nominations in 1991. One was for writing and one was for directing. The latter made him the first African-American nominated for Best Director.

His other films include Poetic Justice, which starred Janet Jackson and Tupac Shakur, and Rosewood. Singleton's recent projects include the TV series Snowfall, a crime drama set in 1980s Los Angeles.

His family's Monday statement called Singleton "a prolific, ground-breaking director who changed the game and opened doors in Hollywood, a world that was just a few miles away, yet worlds away, from the neighborhood in which he grew up."

Singleton was married twice and had five children.